One in two out at Ankaragucu ! 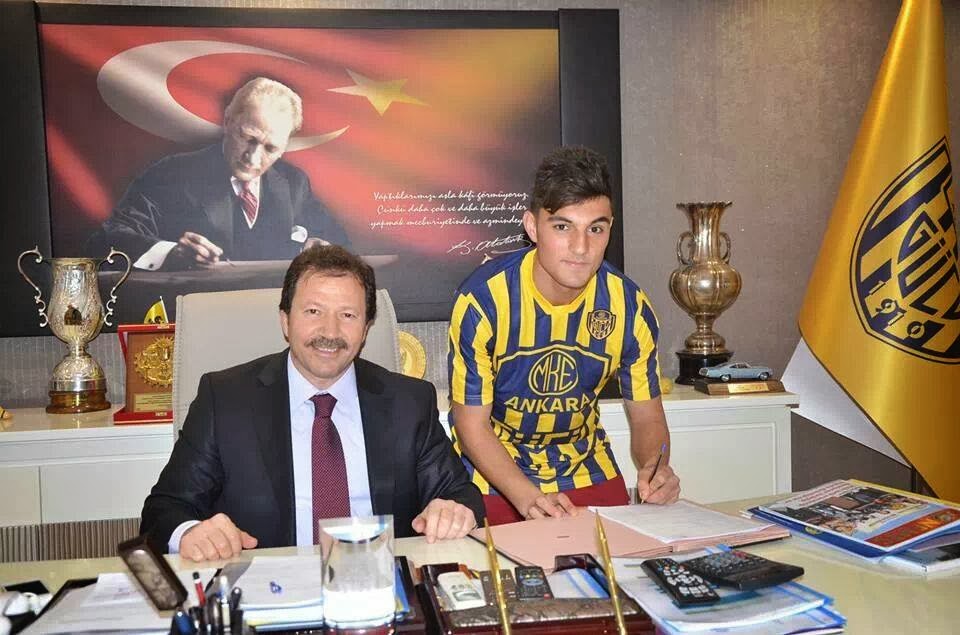 Ankaragucu today completed the signing of 18 year old forward Ali Sinan Gayla on a 4.5 year contract from Sekerspor. Gayla pictured above with President Yiginer said he is delighter to move to a big club like Ankaragucu and hopes to help them win the Championship.

In other transfer news, Orhan Evci and Omer Emir have both signed for Denizlispor on loan until the end of the season. Orhan was a first choice until Fuat Aykuz came in, but the new coach prefers to play with Aytac Oden at right back. Omer hasn't featured in the first team this season but is very highly rated and the experience will do him no harm.

Ankaragucu and Genclerbirligi fans have joined forces in a media campaign to keep the new Ankara stadium at the same location as the 19 Mayis Stadium. Fans are not happy that the location for the new stadium looks set to be on the outskirts of the city. It makes sense to keep the stadium in the city centre but this is Ankara, when have the fans concerns ever been listened to ?
By Nady - January 29, 2014