Ankaragucu did themselves and their fans proud yesterday with a powerful attacking display against a useful Bandirma team.

With a 1-0 deficit from the 1st Leg, Ankaragucu pulled two well taken goals back to reach the Semi-Final Play-Off against Alanya.

The Kankas, Maniac Kanka Harun, Battle Damaged Kanka Damon, Cider Kanka John and I met up in the Stadium which was bursting at the seams at KO time. The whole of Gecikondu was full, as was Maraton and both Kapalis. Unbelievable for a Tuesday afternoon match. There were about 100 in the away end but we didn't hear a squeak out of them pre and during the match !! 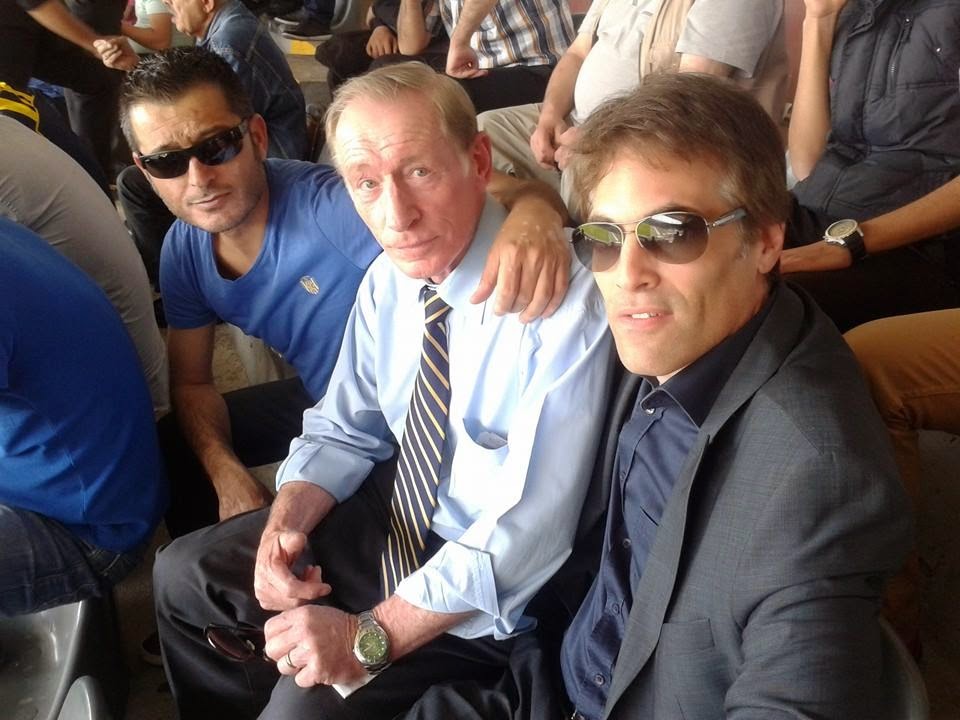 Look at the tension of the Kankas faces pre-kick off !!!!

The first 10 minutes of the match was tense with both teams playing cat and mouse, but Ankaragucu soon took control of the match and laid siege to the Bandirma goal.

Umut should have opened the scoring on the 11th minute mark when put clean through, but his shot was straight at the goalkeeper who made an easy save.

Two more goal chances came from free kicks before the breakthrough, but one was over the bar and the other well saved by the goalkeeper.

Then came the important goal in the 33rd minute and what a fantastic goal it was too. Serhat collected the ball just outside the box and sent in a screamer of a shot which the goalkeeper only managed to have a sniff at as it almost burst the net.

Up the volume all round the Stadium and you could feel the relief as the players went off at half time. Kicking into the Gecikondu End in the 2nd half kept our spirits up for what was to come. 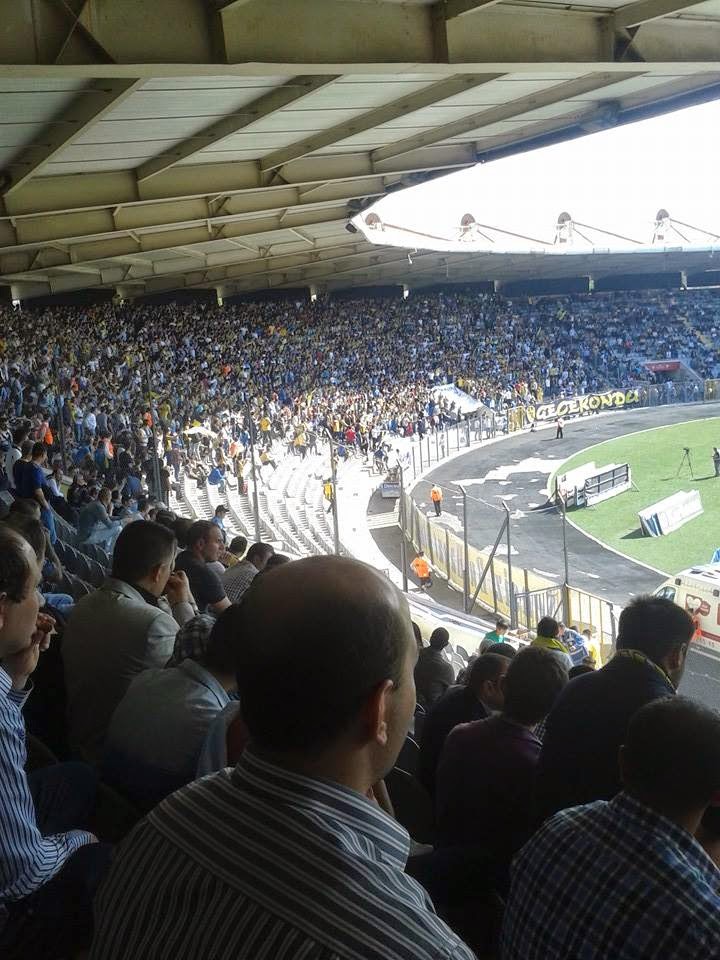 Ankaragucu took up from where they left off and Kaan was so unlucky on the 50th minute when he broke down the left and sent in a great shot which was fumbled by the goalkeeper, and luckily for him, the ball screwed just past the post for a corner.

13 minutes later and it was Umut who expertly controlled a long ball pass, and with only the goalkeeper to beat, shot weakly for the keeper to collect easily.

5 minutes later and it was Umut again who sent in a great header but just over the bar.

However, Umut was not to be denied. 5 minutes later from a corner he was well positioned to volley the ball in with the goalkeeper helpless at the sheer speed of the ball.

It was still all Ankaragucu, and shortly after, it was almost 3 when a free kick was crossed in but the goal bound header rebounded off the bar but the follow-up effort was skied over the bar.

5 minutes to go and nerve ends were being strained to the limit as Bandirma refused to give up and pressed forward, but the Ankaragucu defence was holding firm (for a change I can hear Nadeem saying !!!).

There was time for one last effort from Captain Mehmet but the goalkeeper made an excellent save when the ball was destined to go in at the corner of the goal.

The customary lap of honour was made by the players and we were off to The Chopin to celebrate where we were joined by Kaleci Kanka Tansu.

This Friday (23rd) sees the 1st Leg of the Semi-Final played at the 19 Mayis Stadium against Alanya (KO 4.30pm probably) and if Ankaragucu can maintain the momentum of yesterday's match we can take a few goals to Alanya next Tuesday for the 2nd Leg and then the pressure will be on THEM !!

I have high hopes that Ankaragucu will now make the Final on 31 May against either Goztepe or Hatay.