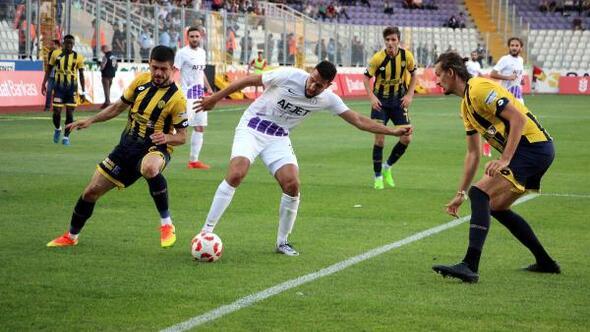 For the 2nd season running Ankaragucu were knocked out of the 2nd round of the Turkish Cup by lower league opposition. After an excellent 4-1 victory at leaders Rizespor on Sunday, in typical Ankaragücü fashion they followed it up with another embarrassment of a performance at Lig 2 side Afyon who were well worthy of their victory.

İsmail Kartal has been under fire from day 1 as Ankaragucu manager but gave himself some breathing space after the win at Rizespor. Today was all about keeping that momentum up and making sure Ankaragucu got into the next round ensuring extra revenue. Instead it's another disappointment for the fans who see their team knocked out against weaker opposition.

A number of players were given an opportunity to impress today and challenge for a first team place but it was a huge disappointment. Doka looks uninterested and out of shape, Yusuf and Mehmet are hopeless defensively and Dieng doesn't look anywhere near good enough.

There was a decent crowd at today's game considering the ridiculous early afternoon midweek kick off. The Afyon fans were rewarded when Aykut Uluc score a double to take his team into the next round.

Next up for Ankaragucu is a home match with Samsunspor on Sunday. Which Ankaragucu team will turn up?
By Nady - September 21, 2017