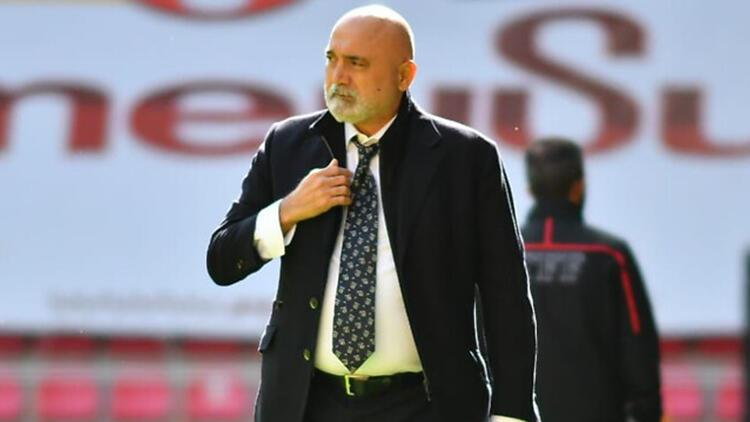 Hikmet Karaman had an eventful first game back as Ankaragücü manager today as his side had to play most of the game with 10 men due to a moment of madness from Michal Pazdan. At one point it looked like Kayserispor would go on and win comfortably, but some excellent tactical decisions from Karaman and hard work from the team saw the game end 0-0 and a valuable point for Ankaragücü.

Kayserispor started the match brightly and looked a lot livelier than Ankaragücü who couldn’t keep hold of the ball. Kayseri were pressing Ankaragücü every time they had the ball with the likes of Atakan, Emre Gural and Sarlija giving away possession cheaply.

The home side had the ball in the back of the net after only 3 minutes when Uğur Demirok fired home from 5 yards but Kitsiou was adjudged to have been fouled at the back post and the goal was ruled out.

Ten minutes later former Ankaragücü player Ilhan Parlak saw his weak effort easily saved by Korcan. Only a few min after that he almost got lucky when his cross was sneaking just under the crossbar but Korcan tipped the ball over. From the resulting corner Uğur again was unmarked and had a great chance but fired over.

Then came the big moment in the game. Emre gave the ball away with Kayserispor on the counter attack down the left hand side. Aaron Lennon got to the ball first but Pazdan dived in with a reckless challenge and was shown a red card. A stupid decision by Pazdan with all his experience in such an important game for the club.

Aaron Lennon had the best chance of the game after he beat Atilla and only had Korcan to beat, but the experienced Goalkeeper somehow managed to produce an excellent save and keep the score level. On the 32nd minute Kayserispor had another unchallenged effort in the box but they were again off target.

Ilhan on the 36th minute saw his shot from distance saved by Korcan who was having a good game and keeping the fight for survival alive.

Ankaragücü had to wait until just before half time for their first chance of the game when Saba set up Voca but his shot was deflected wide.

Into the second half and another chance for Kayserispor, this time Lukassen but his shot was deflected over the bar. Ararmovski then saw his free kick saved by Korcan before Ankaragücü had a great chance on the counter attack with Saba and Paintsil but the former again wasted the final ball.

Campagnaro had a shot from distance saved by Korcan and then in the dying minutes of the game both Sapunaru and Maglica but both wasted their chances and Ankaragücü hung on for the point.

After the match Hikmet Karaman kept the whole team on the pitch and congratulated them for their performance. Next up is Rizespor a week on Monday and another 6 pointer against another struggling team.

A lot of praise is due to Ante Kulusic who game on as a sub for the injured Atakan. His first game in 6 months and he played a big part along with Korcan and Lukasic taking a point from the game.