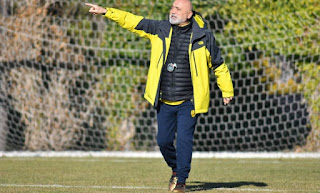 Ankaragucu done the unthinkable midweek as they won 2-1 at home against leaders Galatasaray to give the club and fans hope that they can still stay in the Turkish Super Lig this season. The team are now 3 points from safety and also have a game in hand.

That said, we have seen this story so often, where Ankaragucu raise everyone's hopes and then follow it up with another horror show the week after. Hopefully that will not the the case this Sunday afternoon as they take on Fatih Karagumruk in Istanbul.

Karagumruk like Hatayspor have been a breath of fresh air in the Turkish Super Lig this season and have shown that newly promoted clubs can have a successful season if they get their recruitment right. They currently sit 8th in the league but Ankaragucu might be meeting them at the right time having won only 1 of their last 4 matches including a loss against Kasimpasa and draw last week at Erzurumspor.

From the small neighborhood of Istanbul, Karagumruk have punched above their weight and made some big signings for a club of their stature. Emilio Viviano, Lucas Biglia, Andrea Bertolacci, Lucas Castro, Fabio Borini, Jimmy Durmaz, Jermaine Lens, and Melvut Erdinc are all experienced summer signings who have played their part in the clubs excellent season. Alassane Ndao is another who has caught the eye after signing last season. He is one of the leaders in the Super Lig with assists but also along with Saba has a high turnover rate.

Hikmet Karaman again showed his value as Manager during the week with making more tactical decisions including moving Endri into a more central role, while starting Alper Potuk and Geraldo. The changes paid off as all 3 impressed and made a big difference to the midfield having attacking options and players who can keep the ball. He also kept faith in Saba who repaid his boss with an outstanding goal and Alper added an assist.

The one area of the team i still see a weakness is the left back position. Atilla for me just isnt good enough and Pinto has too many injury problems. Sarlija and Kulusic will likely retain their place at the back alongside Kitsiou. Sarlija still has that tendency to dive and play act, if he cuts that out of his game he can be a very good player for Ankaragucu.

Borven is starting to thrive with his run of games, and although he didnt score midweek, he worked hard and did his best to link up play. Geraldo was excellent in his first full game, he can play with his back to goal and also has an excellent cross, and played his part in the first goal.

Sundays match will be another tough encounter. Last time both sides met it was a 2-2 draw in Ankara. A similar outcome wouldnt be the worst of results this time but Ankaragucu will fancy the 3 points.

In order to take any positive outcome from the match, the team will need to be solid at the back. A strong defence and keeping 10 men on the pitch will be key.

Lets hope its another 3 points and the great escape is on!