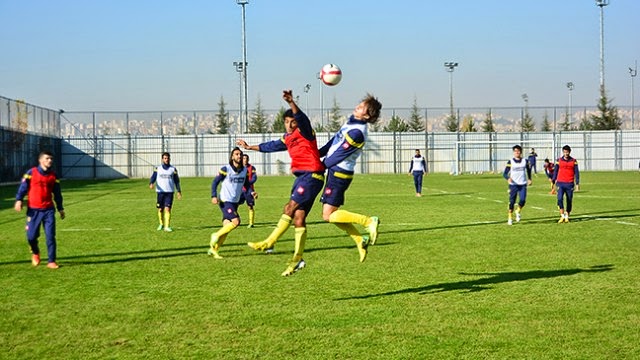 Ankaragucu host Sariyer on Monday afternoon in another empty stadium due to yet another stadium ban. Putting aside the stadium ban, the stadium would still have been empty due to the ridiculous 1330 kick off time when most folk are at work. With the news that Umut Nayir is on his way to Osmanlispor giving Sariyer a boost, Ankaragucu will need to step up their efforts and find another way to find the goals that Umut Nayir scored.

With an already paper thin squad, Ankaragucu don't have much options up front. Levent Kale looks a shadow of the player last season and has struggled with fitness all season, Teoman Erkan hasn't scored a goal all season. Their could be a place in the squad for Emir Ozbey who has a good scoring record at youth level and there is also Ali Sinan Gayla who has been involved with the squad this season.

Sariyer sit 5th in the playoff places however they have lost 7 of their last 9 games and only won 1 of them. The game finished 1-1 between the two sides the last time they met with that man Umut Nayir scoring the goal for Ankaragucu.

Its difficult seeing Ankaragucu getting anything from this game, they already struggle for goals, and with the departure of their top scorer, there isn't much hope left for the season ahead. Its actually difficult even writing previews and reports about Ankaragucu.

Everything about the club is so negative, the fans cant behave (some of it understandably due to whats been happening off field) some of them just idiots who don't care about anything other than themselves. Then you have the management team who are outstandingly fantastic at lying and failing to deliver promises, the football is horrible to watch, and the stadiums are empty. I pray for the day Gokcek goes away and normality returns to Ankaragucu, for their is a sleeping giant there which will never fulfil its potential until the chains are broken.
By Nady - January 30, 2015