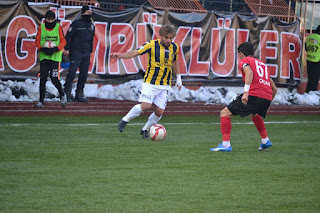 Myself and Jim met up last night in Inchinin at the Braehead Tavern which was funnily enough the first place we ever met. We had a good chat about Ankaragucu and what the future holds for the club, like most Ankargucu fans we both agree the team need to win promotion this season otherwise it could be the end of the road for the club due to the finances.

Before we look at this weekends match with Keciorengucu, their were a couple of bits of news this week regarding the clubs off field issues again. Firstly, Ankaragucu general manager Ercan Soydas made a statement to the Ankara press in regards to his disappointment of the clubs 3 point deduction by the TFF. Soydas went onto say that the current management team had received letters from Fifa thanking them for paying their debts and closing over 37 files. The Turkish FA still decided to punish the club despite all the good work and progress the management team have made.

Today the Turkish FA also decided to hand the club a 4,000 TL fine due to bad language from the Ankaragucu fans at their match with Fatih Karagumrukspor last weekend. How can the club continue to pay their debts when the Turkish FA fine us every week for bad language?

Onto this weekends match with Keciorengucu and another top of the table must win clash. Kecioren climbed above Ankaragucu into 2nd place last weekend as the Ankara club were held to a 1-1 draw at Fatih Karagumruk, while Keciorengucu won 1-0 at Tepecikspor.

The last time the two sides met, Ankaragucu won 1-0 at Kecioren with Omer Bozan scoring a late winner. Kecioren will be out to avenge that defeat and go into the game on excellent form having won their last 4 games.

Ankaragucu will be hoping Omer Bozan is available for the weekends match as he missed out on last weekends match. Omer is one of the sides key players, and the fans will also be hoping for Mustafa Ozturk to keep his place in the team after his return from injury.

Its difficult to see Ankaragucu going on a winning run that can see them clinch the title from the likes of Manisaspor and Keciorengucu. For me their are a couple of players on the bench more deserving of a place in the first team. Orhan Evci and Hasan Ayaroglu were arguably our best players last season, but have found themselves out of favour under Kemal Kilic.

As Jim pointed out a couple of weeks ago, our midfield is the weak point of our team. Their is no one in the middle of the park who can dictate the game. Salih and Sertan have both lost that early promise they showed, while some argue Harun Aydin is a better option to Muhammed.

John will be filling in for Jim doing this weekends match report as the Kankas will again be at the stadium to cheer on the team. Kick off is at 13:30 Turkish time for anyone interested in coming along. 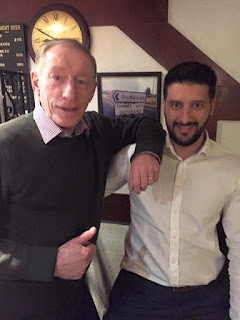