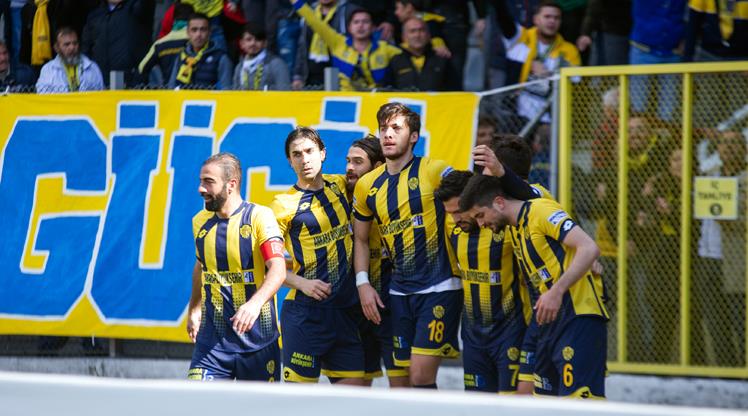 So following on from Jim’s report below, Ankaragucu led Adanspor 1-0 with 65 minutes to go on Friday afternoon due to the game being abandoned on Thursday night due to floodlight failure.

Ankaragücü took all 3 points with a 2-1 win over Adanaspor and although most Ankaragücü fans are delighted that we are back up to 2nd, I’m sorry to put some negativity on the result, but it was another poor performance against a team who have only won 3 of their last 15 games while having one of the worst defensive records in the league.

On the Thursday night Ankaragücü passed the Ball well and looked in control deservingly leading through a Yusuf Abdioglu goal. On the Friday afternoon where conditions were excellent Ankaragücü came away with 3 points but can count themselves lucky as Adanaspor went close to nicking a draw.

Umut Nayir again showed why he is so vital to the Ankaragücü attack with another excellent goal on the 51st minute. A brilliant strike from about 25 yards but questions will be asked of Mert Aykuz in the Adanaspor goal.

Just when it looked like Ankaragücü were heading for a comfortable win, Adanspor hit on the break down the right hand side and Oguzhan miss hit his shot which went straight into the net with Korcan not expecting the ball to go in at his front post. Mehmet Sak was the player caught out of position and it was the same area that Adanaspor were trying to exploit the rest of the match.

Sedat had a great chance for Ankaragücü after a nice move but hit his shot high and wide from about 5 yards out.

Mehmet Sak was again caught out of position with Kalu Uche through on goal, but the Nigerian dragged his shot wide when he should have scored. Adanaspor had another couple of chances late on but Ankaragucu held on for the 3 points and now go 2nd.

Ankaragucu on too many occasions got into good positions but the final ball and finishing was awful. Kenan Özer, Enes Kubat, Ilhan Parlak when he came on and Sedat were all guilty. The team now travel to Istanbul for Monday nights game at Istanbulspor. The club tried to change the game to Tuesday due to the Adana game being played on the Friday but the TFF refused.

İsmail Kartal said after the game that the team are still fighting for the title but the main problem is the small squad and not having a lot of options due to the transfer ban, but the team will keep on fighting.
By Nady - March 10, 2018