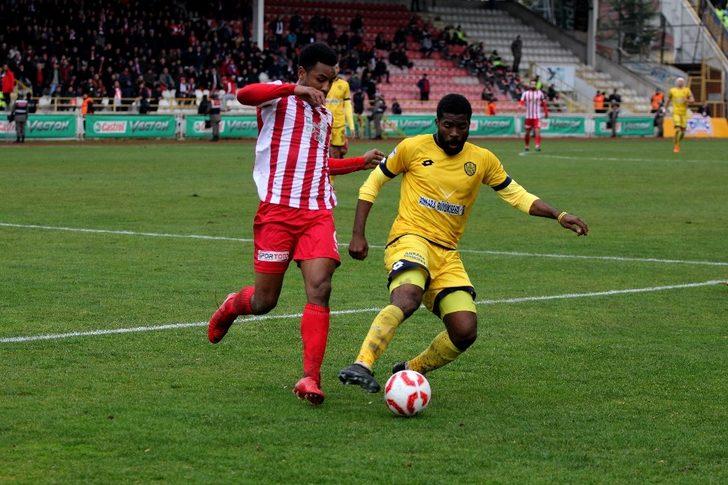 Ankaragücü are back at home tomorrow night in what can only be described as a must win match if the club have any aspirations of playing in the Super Lig next season. Another disastrous performance at the weekend against Boluspor which ended in a 3-1 defeat see Ankaragücü in 4th place but they can go 2nd if they take all 3 points against Adanaspor.

Putting aside the Gaziantepspor match, Ankaragücü have only won 1 of their last 8 games and pressure is starting to mount on İsmail Kartal and the management team. The fans have vented their frustrations with some asking for the dismissal of Kartal while questions of the management team for failing to lift the transfer ban in January.

İsmail Kartal continues to baffle the Ankaragücü support with his decision making and team selections. Enes Kubat has contributed in every game he has played scoring 3 goals in 4 games but somehow found himself on the bench, while Mbamba Kibong found himself in a more attacking wide right hand side position. Ilhan Parlak also started another game where he failed to score or create and assist. Only İsmail Kartal can explain what he was thinking, but again it didn’t work and Ankaragücü were deservedly beaten.

After the match İsmail Kartal frustrated the Ankaragücü fans again by making excuses over the weather, injuries, luck and said the team had 4-5 good chances, while that is true, Boluspor played through the same weather, and also had 4-5 good chances on top of the goals scored. The Ankaragücü management also came out and called for unity stating the team can still win the league. It’s time to start showing it on the pitch!!!

Adanaspor are one of the few sides with worse form than Ankaragücü having only won 3 of their last 15 games and are even in danger of missing out on a playoff spot. They lost 3-1 at home against Altinordu at the weekend and know they must come to Ankara and take all 3 points if they want to salvage their playoff hopes.

Magaye Gueye again will be the key player for Adanaspor. A big powerful forward with pace can be a match winner for the visitors. His erratic finishing is the reason he is playing in Lig 1 and not in the Super Lig, but on his day he is a handful for any defenders.

Ankaragücü will again be without Tonia Tisdell with a hamstring injury. Nduka Ozokwu is back in training but this match will come to early for him. Anton Putsila missed the last game with injury and could miss out again. Hopefully Enes finds himself in the starting line up and Ankaragücü can come away with all 3 points in front of an expected big crowd at the 19 Mayis Stadium!
By Nady - March 07, 2018