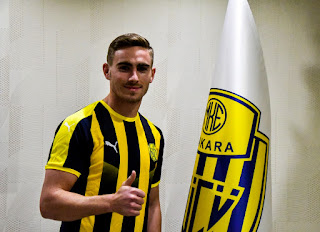 Ankaragucu have now signed 4 new players in the last 2 days as Tyler Boyd and Ante Kulusic both completed their moves this afternoon. Their could yet be more signings in the next couple of hours as the club are working tirelessly behind the scenes ahead of tomorrows transfer deadline.

Boyd arrives from Portuguese Premier league side Vitoria Guimaraes on loan until the end of the season. He has found it difficult to break into the first team at Guimaraes on a regular basis and has most recently had a loan spell at Tondela where he impressed. The 24 year old is a winger who has been capped at international and our very own Miguel will hopefully add some more information in the comments section. 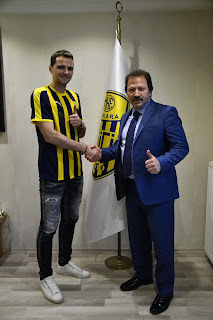 Also making the move to the club is former Genclerbirligi fans favorite Ante Kulusic. The 32 year old Croatian centre half has signed a 1.5 year deal on a free from FC Sheriff in Moldova. Kulusic spent 6 years at Gencler over 2 spells at the club and hopefully some of the resident Gencler fans can give us a run down on what to expect.
By Nady - January 30, 2019