ANKARAGUCU SINK EVEN DEEPER INTO THE ‘SOAPY BUBBLE’ !!! 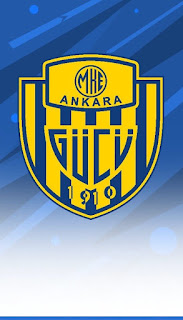 Ankaragucu failed to ‘grasp the nettle’ last Sunday in Izmir to move off the bottom place in the league.   This result sees them stuck at the bottom with some very difficult matches coming up in the weeks ahead.

I was left scratching my head when I saw the line-up, with Alper, Emre and Borven on the bench.    Surely Fuat Bey has to put out an all out attacking team for such an important match   ??!!

Ankaragucu paid the price with their only goal coming in the 91st minute when Borven picked up a deft back-heel pass from Emre to fire in a consolation goal.    If those two had been on from the start, we might have seen a different score line   !!!

Goztepe opened the scoring in the 9th minute after Ndiaye looped in a header from a left wing cross with Ricardo and Pazdan getting in each others way to make it easy for him.

Ankaragucu had a golden opportunity to draw level when they were awarded a penalty in the 24th minute when Endri Cekici was bundled over in the box.   He then took the penalty himself and sent the ball way up into the sky near the cloud base on the right and way off target with the Goztepe goalkeeper diving the wrong way   !!!    Aaaaargh !!!

Then just before half time, Saba missed an open goal with only a defender standing on the line and the goalkeeper out of position.    More ......aaaaargh   !!!

Criminal for both those chances to be spurned   !!!

Goztepe finished the match as a contest half way through the 2nd half with 2 well taken goals.   The first, a classic cut back for Halil to poke in.   The 2nd when Pazdan failed to dispossess Ndiaye who curled his shot beyond Ricardo.

The Ankaragucu Coach has, unsurprisingly, left the Club (by mutual consent  ??!!), and new Temporary Coach, Mustafa Dalci, has taken over for the time being.

The match was slow to come alive and Trabzon was first to threaten with a shot in the 15th minute which went narrowly past the post.

However, just when I thought we might go in at half time all square (rather fortunately I may add !!) the damage was done.    Just before the half time whistle, Atakan was carelessly dispossessed and with the follow-on attack a free kick resulted for Trabzon just outside the box in the centre.    Baker took it and sent the ball over the wall and into the top right with Ricardo well beaten with a despairing attempt to save.    As perfect a free kick as you are likely to see  !!

Ankaragucu was under pressure for most of the 1st half with a backs-against-the-wall performance and offering little work for Orcan in the Trabzon goal.   Passes were going astray and they were always chasing the game with the defence overworked and Borven and lonely figure up front who looked like a lost sheep at times.

The 2nd half was really more of the same with Ankaragucu’s only serious attempt at goal coming in the 83rd minute after some fine work by Atakan on the left when he crossed, Bollingi was inches away from connecting and the ball was out of play.

Trabzon Captain. Pereira, received a 2nd yellow card in the 88th minute for dissent to the referee, which did cause a late flurry of attacking by Ankaragucu, but nothing to seriously trouble Orcan.

Throughout the match Trabzon had so much more time on the ball and always seemed to have a man waiting to receive the pass and press forward.    They were well in control of the match and it was surprising that they didn’t add further goals.     I lost count of the times Ankaragucu played the ball back to defenders and Ricardo from the centre circle area.    There wasn’t anyone to take the midfield by the scruff of the neck and press forward to put Trabzon under any sort of pressure   !

So, Ankaragucu is gradually being cast adrift at the bottom of the league and still searching for their first win of the season.

That may not even come next weekend when they travel to Antalya on Sunday for yet another difficult match and perhaps last season’s striker, Orgill, will face his old team mates.

Sorry to say that I can’t end on a note of optimism.    The tunnel is too dark and I can’t see any light in the distance  !!