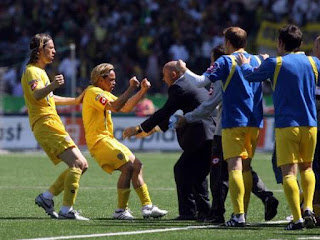 Two of the most historical and loyal fanbases will meet in the Turkish Cup tomorrow night as Ankaragucu host Kocaelispor. Both sides have had their fare share of financial problems over recent years and a run in the Turkish Cup could see a much needed cash boost to either side.

At the start of the century and late 90s both clubs were playing in the UEFA cup against the likes of Atletico Madrid, Rapid Bucharest and Strasbourg. Now you will see Kocaelispor play in the Turkish 3rd tier having spent a few years in the amateur leagues, while Ankaragucu are sitting at the bottom of the Super Lig.

Despite both sides having faced the darkest years in their clubs historys, the one thing that has remained the same, is the loyal support of the fanbase. Both Ankaragucu and Kocaelispor have spent time in the 3rd Tier of Amateur leagues and still had 20,000-30,000 fans at their matches.

Its a real shame, that both have suffered from corruption and poor management in the past which has saw both clubs suffer financially. If run properly, with the loyal fanbase that both clubs boast, there is so much potential at both clubs, similar to the likes of Sakaryaspor, Eskisehirspor, Samsunspor, Adana Demirspor and a few other lower league clubs.

Kocaelispor have had a good start to their season in Lig 2 sitting 5th in the league and have some good players in their squad such as Bahattin Kose, Murat Akpinar and Dilivar Guclu and they will be coming to Ankara looking to cause an upset.

Ankaragucu have had a poor record of late in the Turkish Cup and have suffered upsets to lower league clubs in the last few years.

The last time the two sides met Ankaragucu ran out 4-0 winners in 2009 thanks to goals from Jaba (2), Ismael Bouzid, and Leonardo Iglesias.

Ankaragucu suffered another defeat on Saturday at Galatasaray but will take some comfort from their overall performance. The one area of the team that needs to find form is the attacking players. Tomorrow night is an opportunity for those players to find their shooting boots and start delivering otherwise the club are in danger of being knocked out the Cup and falling further behind in the relegation battle with Fatih Karagumruk coming up at the weekend.

Their might be opportunities for the likes of Orkan Cinar and Berke Gurbruz to come into the team while Alper will be back available after suspension. The players who are self isolating are all likely still to miss out but should be available for the weekends match.