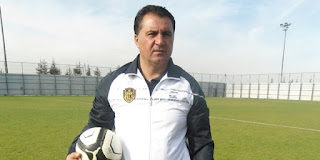 Ankaragucu travel to Izmir at the weekend as they take on Bucaspor hoping to restore some pride after the 5-1 defeat in Ankara. With the team almost certainly heading for league 2 Manager Mustafa Kaplan will need to start building for next season. Last weekends 1-1 draw at relegation rivals Kartalspor leaves Ankaragucu with a mountain to climb if they have any chance of survival.

Even the most optimistic Ankaragucu fan will concede the season is over, in order to stay up Ankaragucu would need to put a run of consecutive wins together, something which they haven't done for over 2 years. Bucaspor find themselves just outside the play off positions and have only lost 1 out of their last 5 games.

Mustafa Kaplan has some very promising young players in Emre Tasdemir, Gokhan Akkan, Hasan Ayaroglu, Enes Kubat, Koray Kantemir to name a few, if he can keep these players next season they will be more than good enough to fight for promotion. The likes of Timur Ozgoz, Gokhan Akkan, Bayram Olgun, Kaan Kanak are all out of contract and to lose any of them will be a huge blow. Mehmet Yiginir claimed today the fight against the struggle continues on his twitter page.

Bucaspor have some dangerous players in their squad, Mehmet Batdal and Mohamed Dahmane destroyed the Ankaragucu defence the last time the two sides met, both are the type of player who either look unstoppable, or they have never played football before. The Ankaragucu defence will need to show concentration for the full 90 minutes and avoid errors like the goal last week at Kartalspor.

The talent in the Ankaragucu starting line up isn't that far off the teams above them, the problem is to many costly errors in defence and poor finishing has let them down. With the team being so young it lacks in experience. Enes Kubat has come into the team and looks a really good player. He brings pace to the team and is also good on the ball. In the last couple of years its all been doom and gloom around the club, but the scouts and coaching staff can hold their head high with the job they have done with the youngsters at the club.  Hasan Ayaroglu and Emre Tasdemir have both been called up to the International youth side.

Unfortunaly i cant see anything other than a Bucaspor victory in this one, the players should just go out and enjoy themselves between now and the end of the season. One thing that surprised me, Mert Erdogan has been axed as captain and Gurkan Alver who has only been involved in 11 games is the new club captain.
By Nady - February 27, 2013