Genclerbirligi documentary on the big screen on May 2 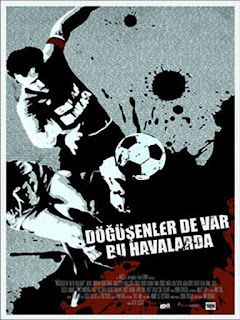 Next Monday, May 2, will see the screening of the film "Döğüşenler de Var Bu Havalarda"* a documentary looking at the deep problems that Genclerbirligi faced when it almost disappeared.

The hour-long film will be on at the Buyulu Fener in Kizilay at 5:15pm. A few of us will be going and if you would to join us then you can get tickets at Biletinal or at the cinema itself.

The film will have English subtitles.

The following is from the synopsis of the film

Founded in 1923, Gençlerbirliği is an important part of football in Turkey and urban culture of Ankara. Between 1970-1983 is a period of suffering and devotion. The club’s civil and self-reliant identity for years had brought forlornness in these years of professionalization in the national league. This is a story of a club returning from the edge of amateur league and even closing, of players discrediting money, of administrators begging money and of supporters taking the team to the away games with their own cars. Looking back from today, it’s a surreal world. These true heroes are worth of Ahmed Arif’s Ankara and they are now resisting against being forgotten in the dusty pages of history.

*Exactly what the translation of the film's name should be is something which none of us have figured out. Spine went for something like "Some still struggle in these times." I suggested "Those fighting in the dark times." On the Facebook page it says "There the Ones, Fighting in This Blues". Doesn't matter. Just go and see the film!