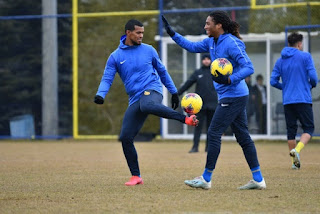 Ankaragücü are back in action on Friday night as they travel to Yeni Malatyaspor who after a good start are also finding themselves dragged into the relegation battle. With a tough run of games coming up this is a must win match for Ankaragücü after managing only a 1-1 draw against Kasimpasa on Sunday.

Despite the draw there was a lot to be encouraged about with news signings Gerson Rodrigues, Daniel Lukasik, Saba Lobjanidze and Michal Konrad all impressing. Ankaragücü will also have Milos Stanojevic, Gelmin Rivas and Cebrail Karayel back on Friday night which will further strengthen the squad.

Mustafa Resit Akcay has a tough job on his hands trying to integrate 15 new players into the squad and doesn’t have the luxury of time on his hands as the team need to start winning from Friday. Oscar Scarione was given his 2nd start of the season last week but failed to grab his opportunity and their have been calls for Tito Canteros to return to the side.

Yeni Malatyaspor  have only won 1 of their last 10 games and that was a 2-0 win at Besiktas. They also lost key players Adis Jahovic to Antalyaspor and Guilherme to Trabzonspor in the January transfer window, while sacking their manager Sergen Yalcin who has now taken over as Besiktas manager.

They did however bring in Burundi winger Youssouf Ndayishimye and former Ankaragücü striker Umut Bulut, neither are of the quality of the players they let go though. Thievy Bifouma Another Former Ankaragücü player will be key for Malatyaspor in this match with his pace and skill enough to cause any defender in the Super Lig problems.

Kamel Ozdas will be hoping for a repeat of the performance in Ankara where Yeni Malatyaspor ran out 4-0 winners.

This game should be a lot closer between the two sides this time and Ankaragücü might just fancy their chances if they can keep it tight at the back and take advantage of the low confidence levels at Malatyaspor.
By Nady - February 04, 2020