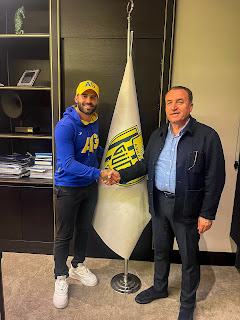 Ankaragücü tonight announced one of the surprise signings of the summer so far as they unveiled former Real Madrid and PSG winger Jesé Rodriguez. The club formally announced the signing with a fantastic video on their official Twitter page.

The signing has been met with a lot of excitement from the Ankaragücü fans who will be hoping the Spaniard can find some of the form from his earlier career that saw him play with giants such as Real, PSG who spent over 20 million euros for his signature.

Unfortunately things didn’t work out for him in the French capital and other bad spells at Stoke and Sporting Lisbon will give the player some motivation to show what he is capable of in the Turkish capital.

His most recent form with Las Palmas in Spain was not bad but Jese will see this as an opportunity to get back playing at the top level and hopefully help the club to push for those European spots.

Jesé signs a 1 year contract with the option of an extra year. Let’s hope for the club and player it’s a successful one.