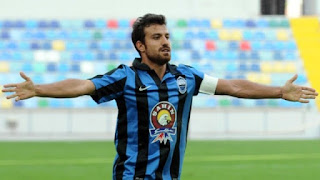 President Mehmet Yiginer claimed last night that he would announce the removal of the transfer ban once the club had sold 5,000 season tickets. However it looks like the ban has already been removed with both Emrah Bozkurt and Ferhat Obodasi announcing they have signed 1 year deals with the club on their twitter page.

Emrah who is a 35 year old forward who spent the best part of his career with Kayseri Erciyesspor and Ferhat a 32 year old goalkeeper who also played with Erciyesspor both played in the friendly yesterday against Hatayspor.

Its also been reported the the club have signed 25 year old 1461 Trabzon midfielder Goksu Alhas which would be a major coup for the club having come through the Trabzonspor academy. 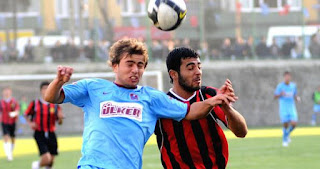 Hopefully we will have official announcements from the club shortly, in the meantime its up to the fans now to get down to Tandogan and buy season tickets!! There is no excuse for the club not to sell more than 10,000 season tickets and cheer the team back into the PTT Lig!!!!
By Nady - August 25, 2015