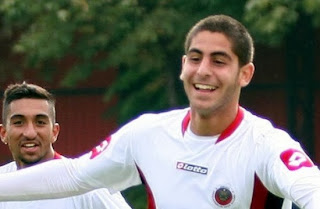 Ankaragucu are set to take Genclerbirligi forward Atabey Cicek on loan when the January transfer window opens. According to Yurtspor Gencler President Ilhan Cavcav has stated that the youth team player will join Ankaragucu on loan until the end of the season.

The highly rated forward has a good goalscoring record for the Turkish Youth national sides. With Levent Kale, Ibrahim Sahin and Umut Nayir the main strikers for Ankaragucu it will give them some competition going into the second half of the season.

In other news, there are talks on the twitter pages about the future of Ankaragucu with the upcoming Congress. Talk is that the club might change its name to Ankaragucu A.S replacing the historic MKE Ankaragucu much to the anger of the fans.