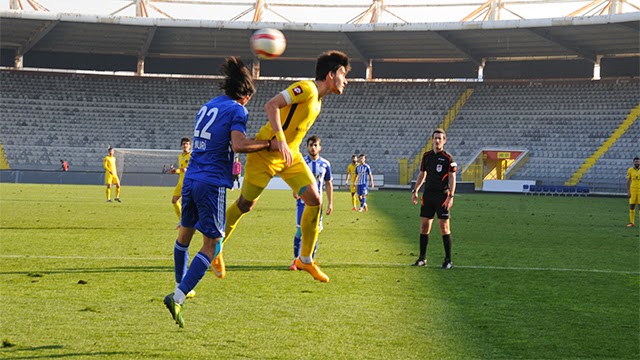 For the second week running Ankaragucu have managed to disgrace the name of the club and what it actually means to play for this club. After the humiliating 4-1 defeat at Nazilli we were looking for a reaction from the players in what was a 6 pointer against relegation rivals Golbasispor. And react they did, by finishing the game with 9 men and losing 1-0.

The match was played behind closed doors after the Turkish FA decided to fine Ankaragucu and hand a 1 match stadium ban for swearing. Yeah thats right swearing, one of their oldest clubs who has been pleading for their help over the last couple of months without any answer, and this is what it comes to.

Ankaragucu looked went close with a couple of attacks before it all went wrong. Both Metin Aydin and Harun Aydin were sent of for two bookable offences. This will be the 3rd suspension already this season for Harun who has let his team mates down.

Ankaragucu were looking for the winning goal until the second sending off, it looked like they were going to hang on for a point until a last minute goal from Bulent Kocabey gave the visitors all 3 points. Ankaragucu now are only 3 points outside the relegation zone. With the potential 6 point deduction due to missed payments to Fifa it would leave the club bottom of the league.

A cup match with Sivas 4 Eylul on Thursday is up next as the league closes for the winter break. The next league match is at home to Kahramanmarasspor on January 18th. Another relegation match which will almost certainly see Ankaragucu go into that match without Gokhan Akkan, Umut Nayir and Onur Atasayer.