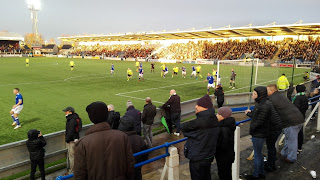 Welcome back to the new season, and a special welcome for new readers of this Blog/Website.

For their benefit, a brief history.    This Blog’s ‘Founding Father’ is Oz Kanka Chris.     When the Blog started many moons ago he was the Genclerbirligi half and I was the Ankaragucu half.

Oz Kanka is Down Under at the moment, but he will return to Ankara in the future.    In the meantime, I will try to include Genclerbirligi news and reports on a regular basis in his absence.

Our excellent Webmaster, Bellshill Kanka Nadeem, and I will also keep the Ankaragucu news and reports going.

As you will see from the Genclerbirligi team line-up last night, there are few changes in the team from last season which does tend to suggest that they will struggle again this season.    As you may recall, they were hovering in the relegation zone for the most part of last season, but a recovery near the end moved them up to their normal mid-table position.   However, having said that, Genclerbirligi normally does well at home, and in Sio and Stancu, have two proven strikers who normally get on the scoresheet.

Unfortunately, that was not the case last on the Mediterranean Coast !

I didn’t watch the match, but I hope to be able to watch some of their matches in the near future and give a more detailed analysis.

A surprising statistic from last night’s match was that Genclerbirligi enjoyed 62% of possession, but only managed ONE shot on target, whereas Antalya had 5 shots on target  !    Perhaps 2 up front instead of 1 in the future  ??!!

Balci opened the scoring just before half time and Ozmert put the match beyond Gencler 10 minutes before the end.

It was interesting to note that Ankaragucu ‘Olde Boy’, Orgill, came off the bench for Antalya after their 2nd goal went in  !

Gencler will be at home next Saturday against Konya in what is sure to be a close encounter with both teams anxious to open their account with at least one point.    Also, the Konya players will no doubt be going all out to impress their new Coach, Ismail Kartal.

Watch this space for details of the match.