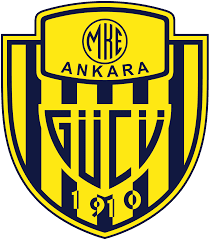 It was more disappointment for Ankaragucu fans as they watched their side lose 5-3 on penalties against Genclerbirligi in the TSYD Cup final. It was an opportunity for the fans to see some of the new signings on show on their first time back in the stadium since the pandemic.

Eight new signings were given their debut for Ankaragucu and the most notable thing is how old they all are. Most players are over the age of 30 and some of them really need to get in shape, particularly Abdullah Durak.

It was a bore fest of first half with neither keeper making a save. Ankaragucu looked comfortable in defence and Murat Ucar was the only bright spark in attack.

The first chance of the second half fell to Lima in the Gencler attack but his shot was straight at Akin from the edge of the box.

Ten minutes later Murat brilliantly set up Cem who shot from a tight angle but Ramazan made a great save. Just 1 minute later Pinto put a good ball into the box, Geraldo took the ball down nicely but then somehow blasted against the bar with just the keeper to beat.

The opportunity summed up Geraldos time at Ankaragucu. A winger who has failed to register a single goal or assist. Youngster Emre Eren was on the bench and never got an opportunity, same with Atakan Dama, Mert Topuz, and Ulas. Its really disappointing that Dalci gave no time to any of the academy products.

The game ended 0-0 after normal time but Gencler went on to win 5-3 on penalties and were crowned 2021/22 TSYD Cup champions.

Ankaragucu will hope to have the licences of Owusu, Ayiribi and Eren sorted by then while Atif depending on fitness could also be available. Next Sunday the season starts at Tuzla and we will have the match preview midweek.