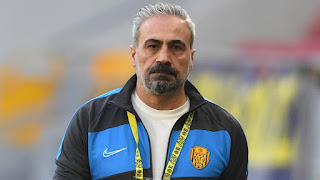 Mustafa Dalci resigned from his position as head coach of Ankaragücü straight after the clubs dismal 4-1 defeat at Faith Karagumruk. The news comes as no surprise to Ankaragücü fans who predicted this exact scenario even before the season started.

Dalci resigned from his role as Ankaragücü head coach 2 seasons ago as the club lay bottom of the Super Lig. Incredibly Faruk Koca brought him back when the club were relegated to Lig 1 for a 2nd spell. Despite coming 2nd in Lig 1, the Ankaragücü support still couldn’t get behind Dalci due to his awful style of football and lack of giving any opportunities to our talented academy players.

He also had a fall out with last year’s captain Erdem Ozgenc who is one of the most professional players in Turkish football. Erdem and some of our young players made their feelings know on social media after hearing the news.

Ankaragücü met with Omer Erdogan today who has reportedly already turned the club down as Ankaragücü couldn’t promise him 6 new signings he wanted before the deadline and to get rid of numerous players who signed in the summer.

Dalci was never the big problem for Ankaragücü. Everyone knows he is the puppet of former agent and current Sporting Director Emre Yildiz. He has an interest on players coming into the club for his own gain, using his agent friends and brother who sell their players. A big conflict of interest. Faruk Koca has failed miserably since coming to the club on the football side. If he doesn’t sack Yildiz now then he will lose the majority of the Ankaragücü support!