Ankaragucu and Gencler progress into the Turkish Cup 3rd Round ! 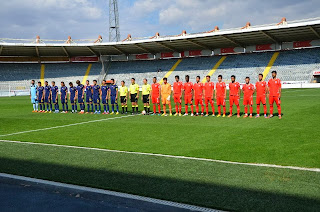 Ankaragucu made hard work of their Turkish Cup 2nd round victory over amateur side Karaman BB. There were many changes in the team and a debut for Levent Kale who would go on to be the hero of the day with 2 goals.

It was the visitors who took the lead on 25 minutes through Erdal Firtina much to the shock of the few hundred Ankaragucu fans all women and children due to the stadium ban. Incidentally Ankaragucu will now play their first home match in front of their fans against Altinordu as todays match was part of the ongoing ban.

It took Ankaragucu just 10 minutes to equalise and it was new boy Levent Kale who headed the ball into the net to score on his debut. Kale has a decent record at this level and looks set to be a big asset to the club.

Both teams went in 1-1 at half time but it didn't take Ankaragucu long to take the lead in the second half and it was that man Levent Kale again, this time a good finish inside the box and what a way to introduce himself on his debut.

That goal turned out to be the winning goal as Ankaragucu secure their place in the next round. The team will need to up their performance on Sunday at Korfez if they want to take anything from the game. 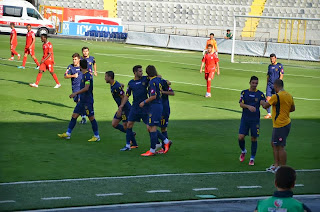 Gencler also booked their place in the next round with a 2-1 win at Sariyer thanks to goals from Deniz Naki and Oktay Delibalta. The home side did score a consolation goal through Omer Sengoz. Its nice to see both Ankara teams in the next round of the draw. Give us both a home game and lets progress to the group stages.
By Nady - September 25, 2013