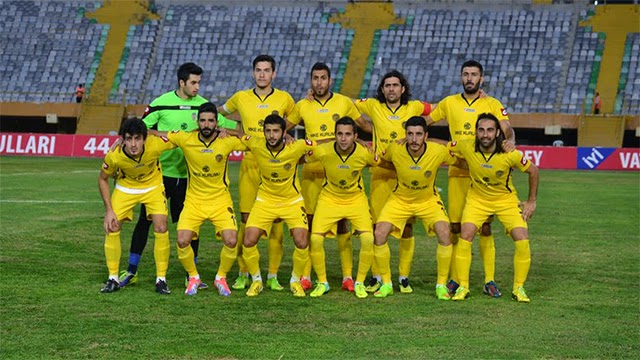 Before the match started i said that a draw in Izmir against Altay wouldn't be the worst result. After the 90 minutes had finished 1-1 i and many other Ankaragucu fans were left disappointed yet again. Altay had played 120 Minutes plus penalties against PTT Lig side Karsiyaka on Wednesday where as Ankaragucu had a comfortable match at home against amateur side Golcukspor.

Orhan Evci came back into the starting line up for Selim Teber who wasn't in the squad which couldn't only have been due to injury with him being a key player. Levent continued his run in the team as he partnered Umut up top with Onur Atasayer and Hasan Ayaroglu both back in the squad after injury.

It all started so well for Ankaragucu when they took the lead after only 5 minutes through Umut Nayir. Ankaragucu have struggled to score goals this season, was this the start that would see the team kick on and start putting the ball in the back of the net? The answer to that of course was no.

Instead Altay equalised in the 25th minute through Rasit Savindir. It would stay that way until half time.

Into the second half and with the Ankaragucu away fans trying their best to cheer the team onto victory, the team couldn't give them that winning goal. Altay were reduced to 10 men with 12 minutes remaining when Husamettin Yener was sent off for his second bookable offence.

Ankaragucu threw on both Hasan Ayaroglu and Emir Ozbey to try and grab the winner but it was all to late and the home side hung on for a share of the points.

To say I'm disappointed is an understatement. With the teams above Ankaragucu all drawing apart from Bandirma who won, it was a good opportunity to close the gap. Instead it was another boring draw against a poor side. Thats 5 games played 4 goals scored. Not good enough !!!!!!!
By Nady - September 27, 2014