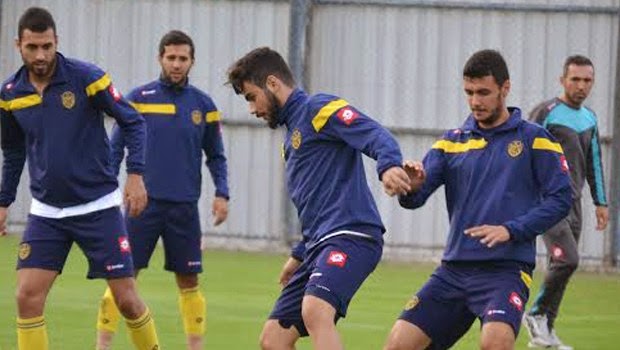 Ankaragucu host Hatayspor tonight at the 19 Mayis stadium in Ankara as they look to get their title challenge back on track. Both teams are considered amongst the teams who will be up their challenging for the playoffs and the league title. Ankaragucu have started the season with 1 win and 2 draws whilst Hatayspor have the same record.

According to the Ankaragucu fans who travelled to Sariyer last week for the 1-1 draw, there were some positives to take from the game. Ankaragucu dominated the match but for poor finishing would have won quite comfortably. The one criticism i had of the coach for that match was playing Umut Nayir on his own with only Mehmet Erdem as the other attacking player in the starting line up.

Levent Kale continues his battle for full fitness, as the likes of Gokhan Erdogan and Teoman Erkan push for a place in the first team. Hasan Ayaroglu is back in training but this match will come to early with the youngster missing over 6 months due to injury. Emir Ozbey can count himself unlucky not to have featured so far after his impressive showings in pre season.

Tonights match will see our new Kanka Tony take in his first game. Tony for his sins is a Celtic fan from Scotland who has moved to Ankara with his partner. Hopefully the team take all 3 points and give Tony a winning debut. Im sure he will enjoy the atmosphere created by the Gecekondu and other tribunes.

Hatayspor are a decent side but this is a match Ankaragucu should win quite comfortably. They drew 2-2 at home against Pazarspor last week so they are there for the taking. As me and Jim say, the only way to win this one is by attacking !!!

My predictions are a 2-1 win for Ankaragucu !!