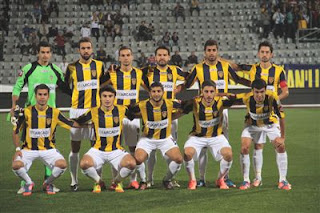 Ankaragucu host Gaziantep BB on Sunday in the 19 Mayis stadium as the club look to get back to winning ways after their latest defeat at 1461 Trabzon. That now leaves Ankaragucu bottom of the league and makes sunday's match a must win encounter.

Its fair to say Ankaragucu haven't been at their best over the last couple of weeks, the one touch pass and move style they showed at the start of the season has been missing and the have found it difficult to create chances as well as conceding to many goals.

Opponents Gaziantep have also found it difficult this season and are only four points ahead. They did however beat karsiyaka 3-0 a few weeks back which shows they must be taken seriously. Last weekend Gaziantep drew 1-1 at home to Sanliurfaspor and will go into this weekends game confident of taking something.

Former Ankaragucu player Ufuk Bayraktar will be in the squad for Gaziantep at the weekend, and Ahmet Devret will be the dangerman who will need to be marked closely. Ankaragucu will have Bayram Olgun back from injury and is set to replace Gokhan Akkan who has done excellent in his absence.

Its difficult to find anything negative to say about Yilmaz Ozlem since he has come in, however he did make a mistake last weekend when moving top scorer Timur Ozgoz out wide for Umut Nayir who was making his debut for the first team. A good move would be to bring Muhammed Turkmen into the team to partner Bilal and Mert in the middle of the park with two attacking wide players in Serkan and Gokhan who can support Timur.

Sundays match is a massive game for the club and a must win. Lets hope the tribunes turn out the way they did against Bucaspor and give the team the backing they deserve.
By Nady - October 24, 2012