Ankaragucu have appointed former youth team coach Muammer Ozdemir as the clubs new manager. The long search for a new manager was concluded yesterday as Ozdemir signed a contract with the club and said he was delighted to return to the club.

The club have been searching for a new manager since Celal Kibrizli was sacked at the end of the season. After top target Mustafa Kaplan agreed a new deal with Haceteppe the club set its sights on other targets.

The appointment of Ozdemir will be a big surprise for not only the fans, but the man himself. He has been out of football for the last 7 years, but President Yiginer and the Ankaragucu board have decided that he is the man to take the club forward. Ozdemir was responsible for producing some excellent young players at Ankaragucu in his last spell, the likes of Abdulkadir Kayali, Umut Kurt and Atilla Aybars Garhan all played under him at youth level.

Reports from inside the club also claim the upcoming congress may be canceled after positive signs of investment from businessmen from Ankara and the municipality. The club also have players they have targeted and are in talks with as the look to rebuild the squad. 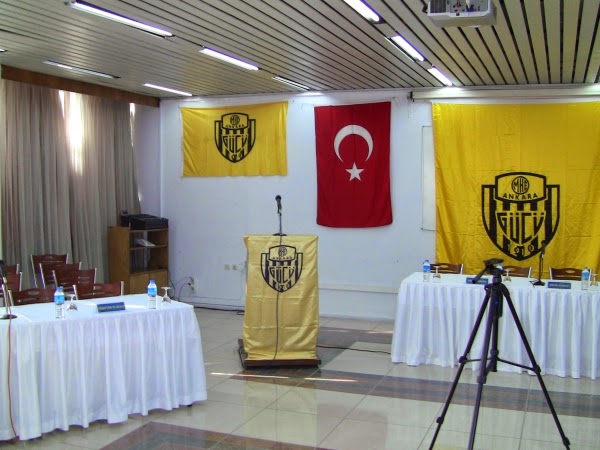 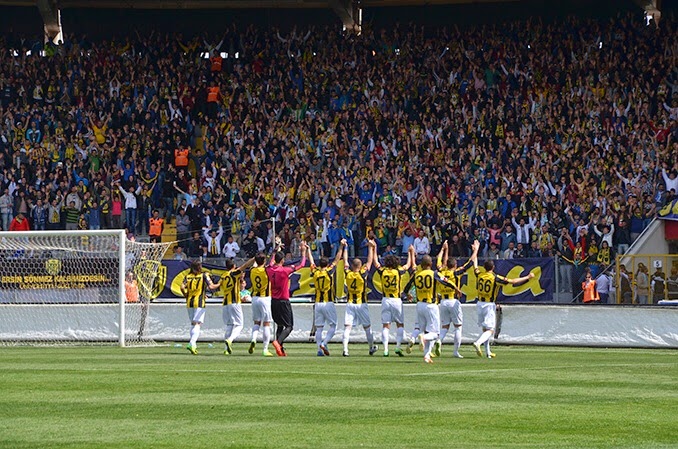 Ankaragucu will hold talks with applicants for the vacant managers role this coming week. The shortlist has been narrowed down to 3 according to reports in the Ankara media.

The three named are Ozcan Bizanti, Mustafa Kaplan and Husnu Ozkara with Mustafa Kaplan being the fans choice. A decision is expected by the end of next week.

In other news Ankaragucu will need to find 700,000 euros to lift the transfer ban over the summer. The club will now listen to offers for Gokhan Akkan, Hasan Ayaroglu, Umut Nayir and Kaan Kanak in order to find that money.

Mehmet Cakir has left the club along with Omer Yalcin as players continue to leave as the club looks to reduce the wage bill.
By Nady - June 08, 2014 3 comments:

Sir Eski ventures into the unknown 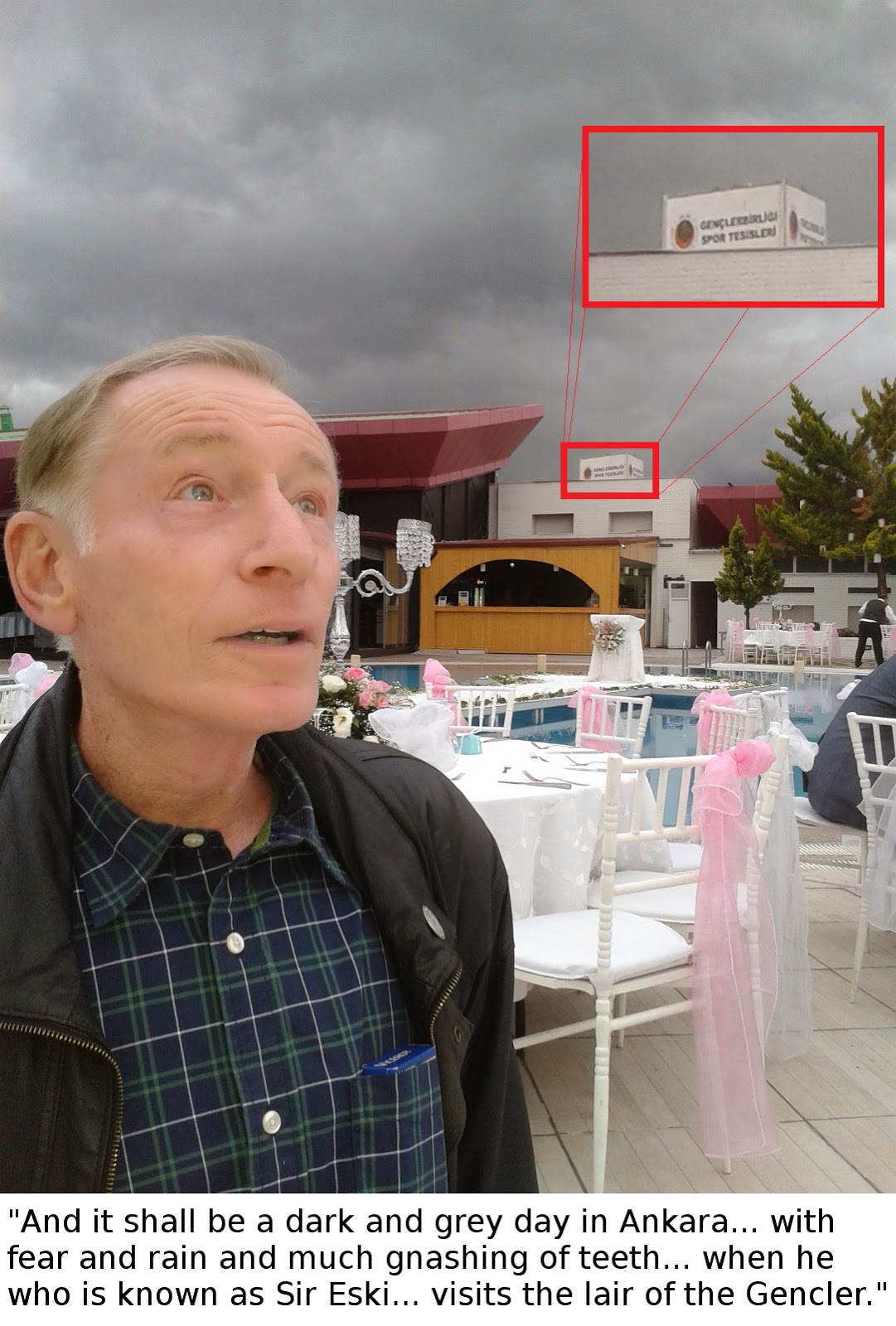 Emre Tasdemir wins The Round ball in Ankara player of the year ! 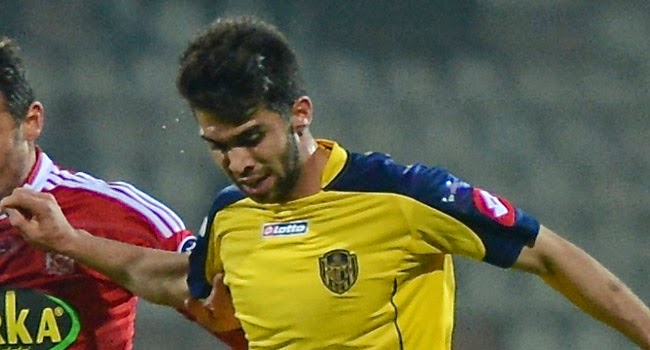 Recently departed Emre Tasdemir has won the annual Round ball in Ankara player of the year for Ankaragucu. Emre joined Bursaspor this week in a 2 Million lira deal which will also see Ankaragucu coup 10% of any future transfer fee.

A fantastic achievement for Emre in his first full season in the Ankaragucu first team. He saw off close competition from Levent Kale with Umut Nayir in 3rd. There have been many a talented young players come through the Ankaragucu youth academy and went onto play with bigger clubs, Emre has all the makings to surpass all of them and like Umut Bulut play for the Turkish national team.

We at the Round ball in Ankara would like to congratulate Emre Tasdemir on winning this award and also wish him the best with his future at Bursaspor.

In other news Aydin Toscali, Erhan Guven, Serhat Aykuz and Omer Yalcin have all left the club.
By Nady - June 07, 2014 No comments:

Bursaspor today completed the 2 Million lira signing of Emre Tasdemir from Ankaragucu. The youngster had an excellent season for the club and drew many admirers with his impressive performances. With Ankaragucu failing to win promotion to the PTT Lig it was inevitable that Emre would be moving to play at a higher level. A good move for the youngster but Ankaragucu fans will be disappointed to see their star player move and will feel he has moved on the cheap.

In other news Erhan Guven has left the club, the former Besiktas defender struggled with injuries and was a major disappointment as big things were expected when he signed in January. Captain Aydin Toscali, vice captain Mehmet Cakir along with Serhat Aykuz and Volkan Yilmaz are all set to leave the club too in the coming weeks.

The club will also listen to offers for star youngsters Gokhan Akkan, Hasan Ayaroglu and Umut Nayir from Super Lig and PTT lig sides. It looks like when Mustafa Kaplan comes back to the club he will face the same problems that he did first time around.
By Nady - June 05, 2014 2 comments: 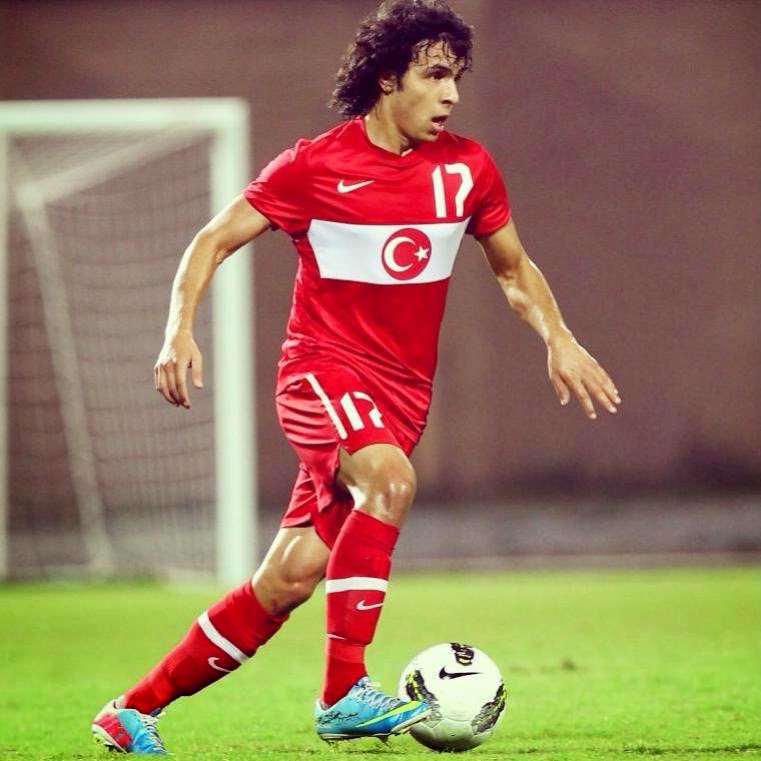 The round ball in Ankara would like to send its condolences to the family and friends of Keciorengucu youngster Sedat Yuce who sadly tied today. The devastating news broke on Facebook and twitter pages tonight that the player drowned while on holiday in Alanya. The former Ankaraspor had a bright future ahead of him and even represented Turkey at youth level.

Its difficult when anyone passes away,  but a young fit and healthy boy with the world at his feet is difficult to take. R.I.P Sedat Yuce.
By Nady - June 05, 2014 No comments:

Emre had a fantastic season for Ankaragucu with his pace and skill causing all sorts of problems for opposing defences. Its no coincidence that Ankaragucu struggled at the end of the season in his absence. The fee is yet to be disclosed with Ankaragucu holding out for a mere 2 Million Lira which is a bargain for Bursaspor who were looking to take him on the cheap.

Umut Nayir is also believed to have agreed a move to Kayserispor in principle, with that move being completed over the next couple of days. The youngster was top scored for Ankaragucu this season and impressed scouts from the Super Lig and PTT Lig.

With the news this week that Mehmet Yiginer is conceded about the debt at the club and will discuss a possible merger with Ankaraspor, this is more bad news in a season that had promised so much. The Dirlis campaign was about the rebirth of Ankaragucu, sadly it could be heading towards the death of the club in an ironic twist.
By Nady - June 01, 2014 1 comment: