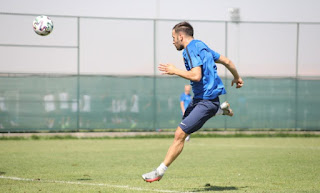 Ankaragücü drew 1-1 in their latest pre season match yesterday with Ante Kulusic scoring again after Menemen had taken the lead. The team line up remains unknown as media weren’t allowed in due to COVID-19 measures.

Ankaragücü have also agreed terms with Congolese winger Jonathan Bolingi from Antwerp, Croatian centre back Zvonimir Sarlija from CSKA, Serbian Winger Luka Adzic and Turkish youngster Erdi Dikmen. We are now just awaiting on the club removing the transfer ban before the deals are made official. 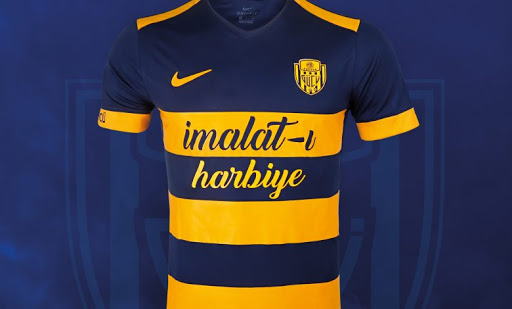 The wait is finally over as Ankaragucu released the much awaited Dalton strip which is a throwback from the 1970s, and they didnt disappoint. The Jersey sold out at the clubs store within a couple of hours and i also managed to order one online to be sent to Scotland.

The club released for new strips yesterday which you can see here on the Ankaragucu Website. The club and Nike have done a great job with all of them and have even drawn praise from fans of other clubs including Rangers, Go Ahead Eagles, Besiktas and many more.

Ankaragucu fans in particular are very pleased with the design, as the club have listened to their wishes. Imalat I-Harbiye who played such a big role in the formation of the Republic of Turkey and the founders of Ankaragucu proudly see their name on the front of all 4 jerseys.

On the transfer front Erdi Dikmen from Keciorengucu has agreed a move to Ankaragucu which he announced on his Instagram yesterday. The 23 year old Central Defender was one of the stars of Lig 1 last season and is very highly rated. Left footed with a good turn of pace the young defender will be relishing the opportunity to play in the Turkish Super Lig.

Congolese Striker Jonathan Bolingi is also reported to have agreed a move to the club according to the Belgian Press. Bolingi announced that he is leaving his current club Antwerp and is well known to Ankaragucu coach Luc Nilis from his time in Belgium.

We will keep you posted with all the latest developments! 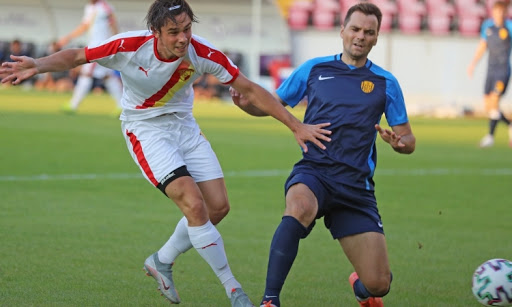 Ante Kulusic and Stelios Kitsiou scored the goals last night as Ankaragucu won 2-1 against Goztepe at the Afyon training camp.

Goztepe took an early lead in the 2nd minute after poor defending from Ankaragucu, but goals from Kulusic and Kitsiou gave Ankaragucu a hard fought win. There was a lot of secrecy surrounding the Ankaragucu team with rumours of some trialists playing.

We are still awaiting official news regarding the transfer ban, but things are looking positive and we hope to have an update in the next couple of days. 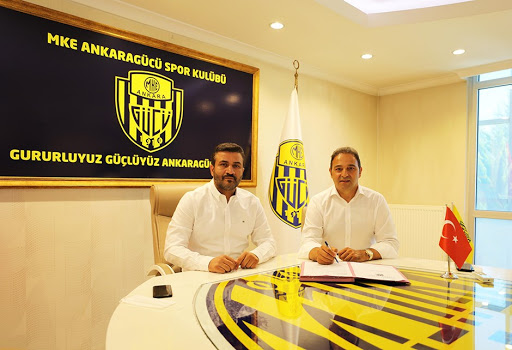 Before we look at the latest transfer news, we have a couple of updates from the last couple of weeks. Ankaragucu have appointed Fuat Kapa as the teams new Manager after a successful spell keeping Kasimpasa in the Super Lig last season. He brings with him former Belgian International Luc Nillis with him as his assistant. His appointment has been received positively by the Ankaragucu fans who see him as the right man to take the club forward and also play an attractive style of football.

The club have this week announced that the new kits will be released on Thursday and will go on sale shortly after. Nike will be the kit maker again and 3 new strips are expected to be released with the club also going back to its traditional Yellow and Navy colors.

So onto the transfer news next. Firstly we take a look at the players who have left the club.Konrad Mikhalak announced yesterday that he has signed with Caykur Rizespor after Ankaragucu failed to take up the option to make his move permanent. Gerson Rodrigues wont be back either after Fuat Capa stated that he did some good things for himself on his loan spell but not the team. Ankaragucu are looking to bring in players who will fight for the jersey and not individuals who only care about themselves.

Mehmet Sak has signed with Hekimoglu Trabzon on a free transfer after 3 years with the club. Youngster Ahmet Can Arik who was with the club since 10 years old signed with 68 Aksaray while Alihan and Aydin are on their way to Altay. Dever Orgill completed his free transfer to Antalyaspor on a 2 year contract. Ricardo Faty also announced his departure from the club and looks set to move to a lower league Italian side.

Now onto the players coming in. Everything still depends on removing the transfer ban with Fatih Mert announcing this morning they are waiting to hear back to get the go ahead to start signing players after discussions with Alessio Cerci, Thomas Heartaux and Lukasz Szukala who are the 3 players owed their salary.

All going well Ankaragucu have reportedly agreed transfers with numerous players pending the removal of the Transfer ban. Some of these names were seen on Fatih Mert Instagram post last night, which he deleted soon after. We take a look at the players names linked and await the news becoming official.

Andrei Ciobanu - Romanian midfielder who has represented the National team at every level apart from Senior. The 22 year old currently plays for Viltorul in the Romanian Premier League.

Harry Arter - This would be a massive coup for Ankaragucu if they sign the Bournemouth midfielder and Rep Ireland International. The 30 year old has fell out of favor at Bournemouth and has had a few loan spells of late including newly promoted Fulham. Plays a more defensive role in midfield and has a great attitude and work rate.

Luka Adzic - After a promising start to his career in Serbia and winning a move to Anderlecht, his career seems to have stalled of late. A loan spell at Emmen last season saw him only play 5 games and the 21 year old winger will be looking to kick start his career again in Turkey.

Philip Zinkernagel - This would be another excellent signing for Ankaragucu. The Danish Winger has been in excellent form for Bodo Glimt in Norway. Excellent goal scoring record for a Winger and at 25 years old is in his prime.

Joseph Paintsil - Very highly rated 22 year old playing in Belgium for Genk. Can play on either wing and would be a surprise signing if Ankaragucu can pull this one off.

Yevgen Shakov - Tall Ukranian midfielder currently playing with Lecce in Italy. I watched him a few times last season and he has good technique and is a big lad. Looks like he would do well in Turkey. Not the quickest but can pick a pass and shoot from distance.

Kevin Bua - Midfielder available on a free transfer after leaving Basel where he had a successful 4 years at the club. Only 27 years old so still in his prime and comes with excellent experience.

Michael Krmencik - Czech Republic International who currently plays with Club Brugge. Had a very successful career in Czech Republic with Viktoria Plzen and at 6ft 3 will remind Ankaragucu fans of former favorite Robert Vittek. This would be an excellent signing for the club.

Nelson Monte - Defender who has spent his full career with Rio Ave in Portugal. Can play Right Back and Center Half.

Tiago Illori - Former Liverpool defender who also plays in Portugal with Sporting Lisbon. Born in England, the 27 year old plays at Center back.

Denis Alibec - Plays his football for Astra in Romania. Very skillful with fantastic technique. At 29 years old brings a lot of experience with him. Ankaragucu face competition from Gaziantep and Samsunspor for his signature.

Sinisa Sanicanin - 6ft 3 Center back from Bosnia who has been playing his football in Serbia with Vojvodina.

Jaka Bijol - Talented youngster who plays in midfield for CSKA Moscow. More of an attacking midfielder who also plays for the Slovenian national team and is 21 years old.

Zvonimir Sarlija - Fuat Capa had him on loan from CSKA Moscow last season and will look to bring the 23 year old Center back to Ankaragucu too.

Joher Rassoul - Senegelese Center back who formerly played with Anderlecht and Adana Demirspor but has been without a club for the last year.

Erdi Dikmen - Young Center back who has impressed with Keciorengucu and has been watched on numerous occasions by Ankaragucu. It looks like Kecioren will allow him to make the move this summer.

Taskin Calis - Has impressed in the lower leagues with Menemen and has now been linked with a move to Ankaragucu. The 27 year old attacking midfielder has spent most of his career in Germany and Turkish Lower leagues.

Atakan Cankaya - Turkish youth international who has agreed a move from Osmanlispor. Tall physical midfielder who has a great attitude and work rate. Its good to see Ankaragucu signing young Turkish talent too.

Taylan Antalyali - Was fantastic at Erzerumspor before winning his big move to Galatasaray which hasn't worked out. Midfielder who is a leader on the park, good passer of the ball and technique and will also work hard for the team.

The players above have all been linked with a move to the club. We just need to wait and see which ones go through once the ban is lifter. Mustafa Amini who plays for Arhaus in Denmark claims the club offered him a contract 2 weeks ago worth 650,000 Euros per year only to cancel it 10 days later. This has been reported in Australia, UK, Turkey and all across Europe which doesnt sit well for the reputation of the club if its true.