İsmail Kartal has been confirmed as the new Ankaragucu manager after signing a 2 year contract with the club last night. The move has been met with disappointment from the Ankaragucu fans due to unsuccessful spells with Fenerbahce, Eskisehirspor and Gaziantepspor. I must admit I have received a few messges on Twitter from those clubs fans saying he was a poor manager and they didn't speak very highly of him.

That said, we will do as we always do and give İsmail our full backing with the hope of a successful season in the PTT Lig. Ismail will look to bring 6-7 players into the squad and we should start seeing new signings in the next couple of weeks.

In other news a Mehmet Yiginer met with President Erdogan and Melih Gokcek this week and is confident of receiving support after a successful meeting. Let's hope they keep to their word this time and don't let him down.
By Nady - June 22, 2017 1 comment: 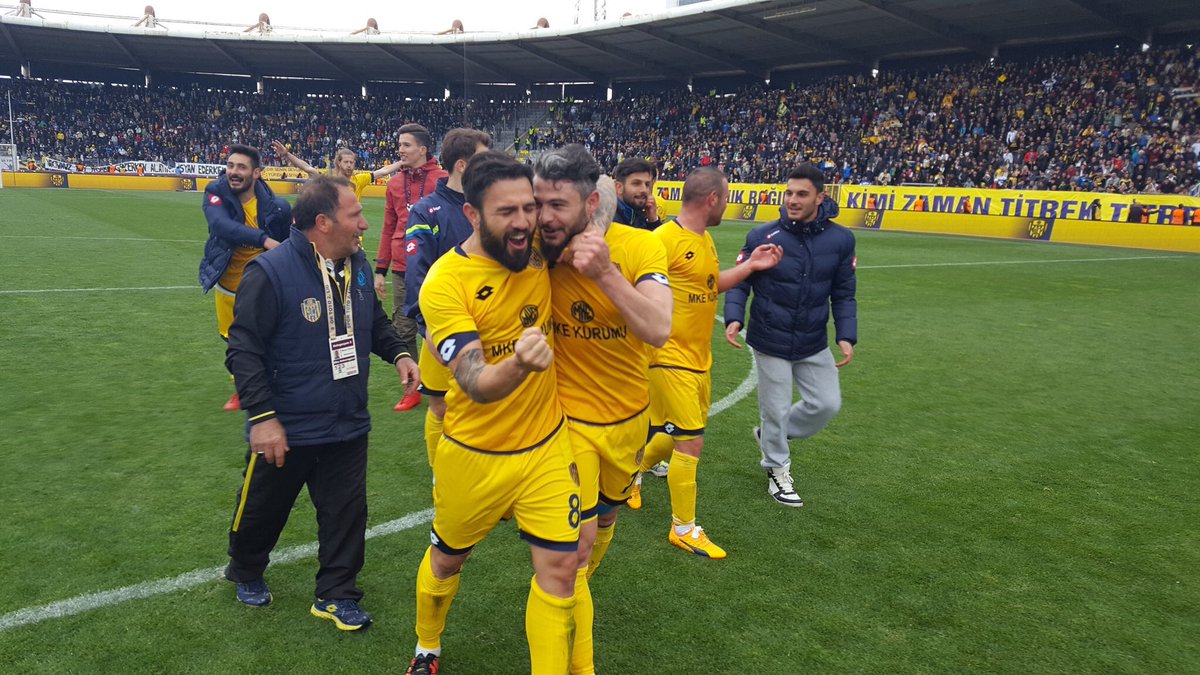 There was more good news today for Ankaragucu with the announcement that the club have agreed new deals with Muharrem Ozan Cengiz, Kenan Özer, Sercan Balci and Korcan Celikay. The club were delighted that they have managed to keep hold of their key players and will now look to bring in foreign players to help strengthen for the season ahead.

Sercan Yildirim and Emre Tasdemir have both been linked with a loan move to the club from Bursaspor. Sercan a former Turkish International forward would be an excellent signing for the club and Emre Tasdemir is highly thought of by the fans having spent the first couple of season of his career at Ankar before signing for Bursa.

Genclerbirligi chairman Murat Cavcav has also stated he will help Ankaragucu with possible loan players, something to do with former Ankaragucu winger Serdar Ozcan signing with Genclerbirligi, I couldn't quite understand what was going on there.

Finally it's been announced today that the 19 Mayis stadium will be demolished in August which will mean Ankaragucu and Genclerbirligi need somewhere else to stay before the new stadium is built.
By Nady - June 08, 2017 9 comments:

Some good news today for Ankaragucu fans after 5 key players agreed to new contracts as they prepare for a tough season in the PTT Lig. The club have yet to lift the transfer ban due to finances so it's imperative that they keep the best players at the club and they have managed to come to agreements with some of the squad this week.

Omer Bozan, Ferhat Culcuoglu, Cenk Kaplan, Enes Kubat and Erhan Senturk have all agreed to new 1 year deals and the club are also in talks with Sercan Balci over a new deal.

Goztepe won the playoff final on Sunday to secure their place in the Super Lig which means Eskisehirspor will spend at least another season in the PTT Lig. It's going to be a tough season for Ankaragucu in which will be a hugely competitive league.
By Nady - June 06, 2017 2 comments:

It's been a quiet summer period so far for Ankaragucu with regards to the transfer market which is largely due to the current transfer ban. Mehmet Yiginer stated this week that the club will be lifting the ban in the coming weeks and there will be a number of new players joining the club from Turkey and abroad.

Some of the names mentioned who we are said to be in talks with are Alfred Sankoh, Samuel Owusu, Elyasa Sume, Arif Morkaya, Umut Nayir and Mehmet Erdem.

Alfred Sankoh is an experienced Sierra Leone international who is available on a free transfer from Denizlispor. Samuel Owusu is a 21 year old winger who plays with a Genclerbirligi and is highly rated but has only played 3 games since his move from Serbian side Radnik.

Elyasa Sume, Umut Nayir and Mehmet Erdem are all former Ankaragucu players and are well known to the club and fans, while Arif Morkaya is a 28 year old defender currently with Altinordu.

The club received some good news last week when it was announced that Omer Bozan and Ferhat Culcuoglu both agreed to new 1 year deals. Muharrem Ozan Cengiz will however leave the club after his contract ended and hasn't been offered a new deal.