Ankaragucu last night parted ways with Manager Ismet Tasdemir in a move that has raised concerns over the financial situation at the club. The news was announced yesterday with the club stating they are disappointed with the decision and said it's a hasty move by Ismet who has just guided the club to the Lig 2 championship. Ismet didn't give specific reasons as to why he left but it's believed to be due to financial reasons as he hadn't been paid in 5 months.

The decision has been received with mixed emotions from the Ankaragucu fans. Some are disappointed to see him go, especially after a successful season, but others are happy with the decision as they questioned his decision making and tactics believing he made hard work of the Lig 2 championship.

Certainly from me and most at the Round Ball in Ankara he can go with his head held high and we would like to thank him for all his efforts and wish him good luck in the future.

In other news today, Mehmet Yiginer has stated he wants Melih Gokcek to forget the past and come back and help Ankaragucu in their bid to get back to the Turkish Super Lig. We await the outcome of the latest episode of the Ankaragucu circus!!
By Nady - May 18, 2017 5 comments:

How the hell did we manage to lose that!

99.0 percent possession. A dozen shots on goal and still nothing!

I wasn't even thinking of going to this one but then got a message from Spine... "er okay. See you at the Alerta".

I do like the Alerta Bar, early on a Saturday afternoon, Spanish, English and U17 Euro Cup matches on the telly and talk about how rubbish Genclerbirligi are this season. Berat and his son, Spine and Bernard and Little Oz Kanka and me made up the crowd and Dan the Man and his boy joined us at the stadium. With just a few more paragraphs (slight exaggeration) I could name the rest of the crowd at the 19 Mayis.

Word was that today we were going to play a few players who don't normally get a run. Makes sense. Nothing to play for and the season almost over. So we had Skekic, Milankovic and Velikonjia on.

Things weren't that great and Adana scored with a header from a corner. Heads in hands.

The new players experiment wasn't working at all. Skekic was replaced early on for general uselessness. Milankovic was definitely better but had already received one yellow for a very vicious tackle and looked like he was going to pick up another any minute.

Things seemed to come together and we started to completely dominate play but we couldn't find the back of the net. We had umpteen shots on goal but the Adana keeper was either lucky or just in the right spot.

Down at halftime but we came out with purpose in the second and again got a whole heap of shots off. Then Umit Ozat decided to take off Velikonjia and bring on Ring. this was a decision that baffled most of the fans. Just a minute or two later Ring was put into a one-on-one situation and couldn't even get a shot off.

Frustration was now at stratospheric levels and some of the Alkaralar crowd started shouting for Umit Ozat to resign. The boys in the middle of the stand started to shout their support for the coach. There was then a massive brawl between the fans (Sorry, thought I was at an Ankaragucu match for a minute ;) ) Nothing of course happened.

And that was that. A very frustrating match but at the same time very entertaining. At the same time though, if we had something to play for I can guarantee that thing post would have been one bloody huge rant.
By Oz Kanka - May 06, 2017 5 comments: 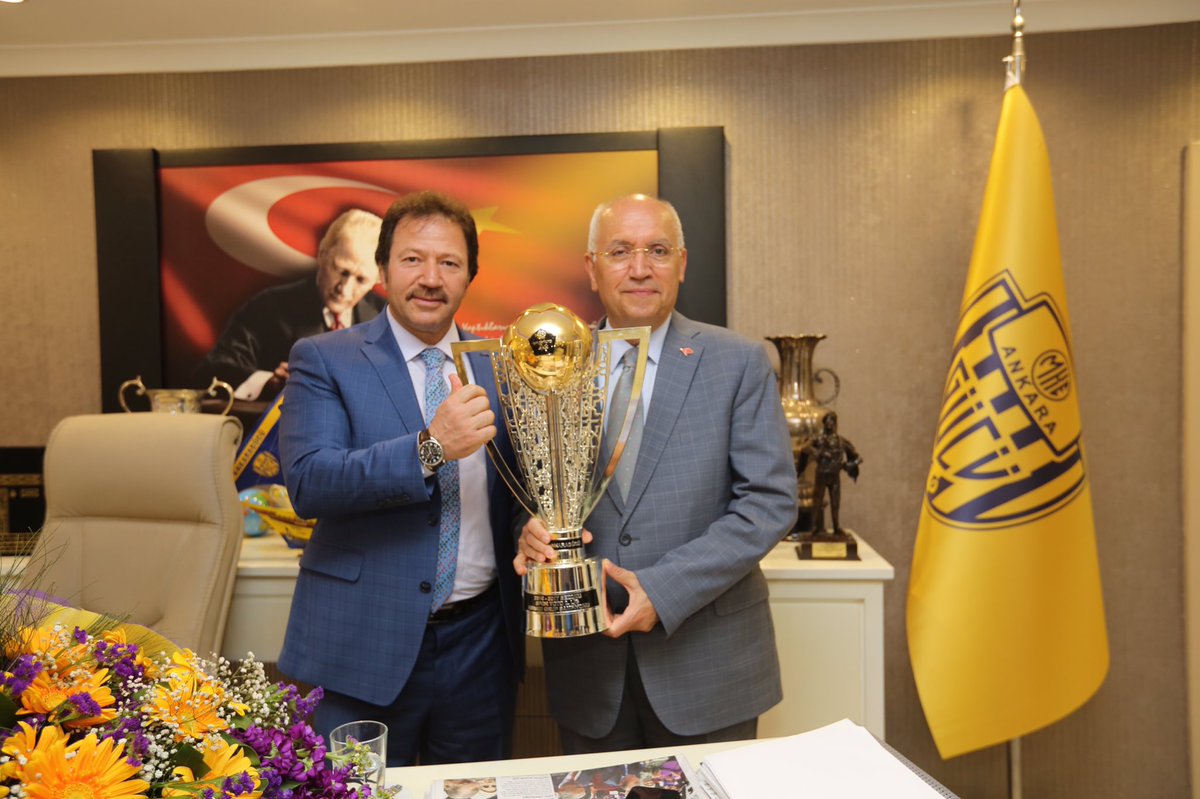 In other news, it looks like Ankaragucu will have to find an alternative stadium in which to play in this coming season. The 19 Mayis Stadium is set to be demolished with work beginning on a new stadium in Ankara. Early reports suggest Ostim as the venue but their are issues due to capacity and having no Passolig system in place.
By Nady - May 06, 2017 16 comments:

The Ankaragucu management team have a huge job on their hands this summer as they look to build a squad capable of surviving in the PTT Lig. Ideally they would look to build a team that are capable of mounting a challenge for the playoffs, but let's take one step at a time.

As part of that building process, the following players are all out of contract and some are negotiations to stay with the club, while some have played their last game for the club.

As you can see a large number of the squad and more important some of our key players all available to speak to other clubs. We will keep you updated with all the news as it breaks!
By Nady - May 03, 2017 1 comment: 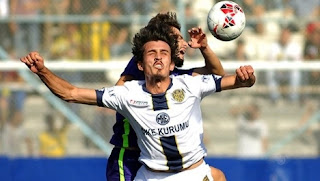 WHO WILL JOIN ANKARAGUCU IN THE PTT LEAGUE ? 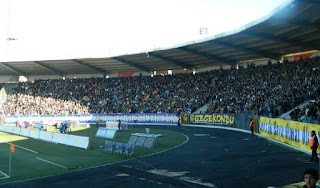 However, just pause for a moment and think how many stadium bans we have had to endure during the past 5 years in particular.

These are usually the result of certain elements of the Ankaragucu supporters who consider some teams as ‘enemy teams’ and so they allow their feelings to override common sense.

Looking at the PTT League at the moment, and with 4 matches remaining, there are two teams who have not yet been promoted, and who fall into that category, and they are Eskisehir and Goztepe.    Also, there is another in the 2nd League play-offs who is not ‘flavour of the season’, ie, Gumushane !

Therefore, if we have to face any of those three teams next season it will be the responsibility of management to impress upon the Ankaragucu supporters the importance of good behaviour to avoid such bans, especially now that TV money will be coming into the Club.

So, what is the situation at the moment ?

Istanbulspor won the White League and will join Ankaragucu.

The play-offs in the Red League are as follows –

And in the White League –

Only one of those teams will join Ankaragucu and Istanbulspor in the PTT League.

Watch this space for the eventual winner, and whether Eskisehir and Goztepe are promoted.