No one can stop us from coming fifth

Gencler's management met with the press this week and revealed that Ilhan Cavcav has given instructions "to build a team that can compete for the top five next season and to carry out transfers accordingly." Source.

Although European places usually go to the top four teams, Galatasaray's complex ban could conceivably mean the fifth place team would get a Europa League qualifying berth after next season. Or maybe they just like the sound of fifth.

In other news, Gencler received no red cards last season and were by far the nicest, most polite team in Turkey. 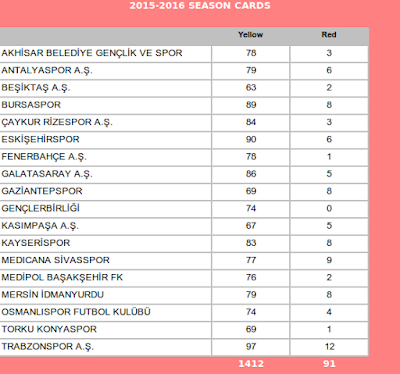 No one can stop us from coming ninth! Oh... yes they can

The last match of the season and the TFF put it on a Thursday night. Not surprisingly, bugger all Genclerbirligi fans showed up. Our team did though and despite at least a bit of spirit, Eskisehirspor were outclassed. In order to stay in the Super Lig they needed a win and a whole heap of other results to go their way. None of it happened.,

Just me for pre-match drinks last night. Didn't matter, I had my Efes. About to get into the stadium I realised I still had my darts in my coat pocket from the night before. Asked the taxi stand if they could look after them but they merely looked at me like I was a terrorist. Luckily one of the Alkaralar fans was passing by and he put them in his car.

As we were walking toward the stadium we could hear the fans... what? Despite their hopeless situation a large crowd of Eskisehirspor fans made the away trip. They sang for the entire match, were not intimidated when the police kettled them in, and kept on singing well after they had lost and been relegated. A fine show and all respect to them.

As for the match... we started well and Ahmet Celik was the first to get on the scoreboard after just a few minutes. We had a free-kick, Calik got to it and shot from close range. The keeper and defenders couldn't stop it. I thought it might have been an own-goal, but the announcer said it was Calik's.

Ahmet Oguz on the right then a few brilliant crosses in, at least two of which should have resulted in goals... but Stancu seems to be a bit out of form recently. In the end Oguz decided to bugger sending a cross in and instead took a shot from outside the box. In. Apparently it was his first ever goal for Gencler. Well done sir!

Gencler then went to sleep for a bloody long time. And in that time Eskisehir got one back. They continued to attack as well. This didn't look like a team that deserved to be relegated.

It didn't matter in the end as Hakan Aslantas got a ball to Stancu who seemed to be on the right wing. He got past his defender and sent a flat ball across the face of the goal where Campos a full pelt smashed it in. A great goal. Did I say that Stancu was out of form?

And that was that. The season is over and Gencler have succeeded in keeping up their mediocre standing in the Lig. Let's just have a look at the last five years. 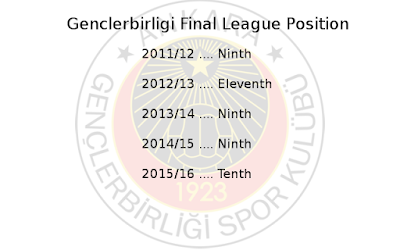 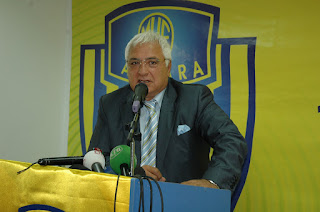 Its been a busy couple of days in the Turkish Capital in regards to the latest going ons at Ankaragucu with the troubled side again claiming the headlines. Their now seems to be glimmer of hope for the club with an unlikely source looking to save the club from going bankrupt. That man is former Ankaragucu president Cemal Aydin.

Most folk who follow this blog will be familiar with Aydin and his 12 year spell at the club, where overall he was successful keeping the club in the Turkish Super Lig and qualifying for Europe twice. He did however leave the club on disappointing terms and was partly responsible for the takeover which saw Melih Gokcek takeover the club, which was later ruled as an illegal takeover by the courts after Aydin changed his mind. The rest as we say is history.

The Ankaragucu support are mostly in favour of Cemal Aydin coming back to the club, not because they have forgiven him for the mess that he created, but for the fact that their is some trust there in that he genuinely wants to see the club do well and will challenge the Gokceks. He is the last and only hope of the club surviving.

The news broke last night claiming he wants the club back with the original 25 Million debt that was there when he left in 2009, he wants Gokcek to take responsibility for the rest. However news today from his representative claims that he has left Izmir for Ankara and will take over the club no matter what the debt is.  We will await to see how this all pans out.

In other news, the current management team have yet to confirm who the new manager will be. Former Manisaspor coach Taner Taskim has again stated that he wants the job and will bring their star player Mertan Caner Ozturk if he gets the job. Again with the current transfer ban, its difficult to see how this can materialise.

The club also want to bring back Omer Bozan and Adem Saglan who left at the end of this season due to unpaid wages. Now let me get one thing clear, we as fans want to see our players being paid their money, its unacceptable that they aren't paid as they have contracts. But looking at it from a loyalty and professional point of view, both players left with the club still in the hunt for a playoff place, they only had 5-6 games remaining and couldnt sign with another club anyway. The Manisaspor team hadnt been paid in over 6 months, but they all stayed and ended up with a championship medal. For that reason i hope we dont see either of them back in an Ankaragucu jersey.

It looks like its going to be another summer of uncertainty at Ankaragucu, hopefully we can deliver some good news in the near future.
By Nady - May 18, 2016 4 comments:

If a goal is scored and nobody is watching?

I don't think anyone really wanted to be there on Sunday. Certainly not the Fenerbahce fans, there was almost no one at the enormous stadium in Istanbul. We managed a nice little crowd at the Red Lion but in the end... well no one really cared.

A bit too much absinthe on Saturday night... followed by a massive toothache,,, followed by the said tooth having to be pulled out. I'm in no mood to write anything. So this is short.

It was a match that Genclerbirligi should have won. But they didn't.
By Oz Kanka - May 09, 2016 No comments: 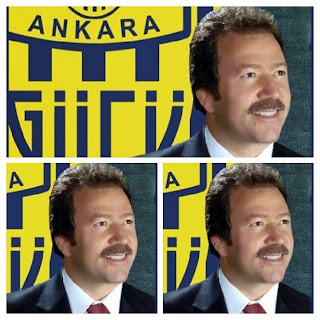 It's that time of the year again where Ankaragucu and Bursaspor management get the fans hopes up with claims of new players coming to the club while Bursa say they will send players on loan to the club. For the record Bursaspor have said this since we were relegated from the Super Lig and we have received.......0 players from them.

Today it was claimed that Bekir Yilmaz and 2-3 other Bursa players will join the club. Mehmet Yiginer said earlier this week they want to bring new players in early this season after the disaster of bringing 12 new players in last minute last season. He does have the big issue of a transfer ban to lift though?

Ankaragucu are also said to have had early discussions with Mehmet Cakir, Mehmet Erdem, Umut Nayir and Bayram Olgun with a view of returning to the club. The club have also held talks with Manisaspor championship winning coach Taner Taskin who surprisingly resigned from Manisa last week after guiding them to the title.

In other news Osmanlispor are set to be given a new 20,000 seated stadium by Melih Gokcek which will be funded by taxpayers money. That despite Osmanlispor having about 4,000 fans who are Gokcek fans as opposed to die hard football fans. Another kick in the balls to football in Ankara by the Gokcek family.
By Nady - May 07, 2016 No comments:

Good news for Genclerbirligi fans as Ibrahim Uzulmez and his technical team signed a new contract to coach the team for the 2016/17 season. The news was reported on the Genclerbirligi website and no figures were given.

Uzulmez took over as coach back in December/January during the half-season break and has overseen a wonderful turnaround that can be seen not only on the scoreboard but also on the park where the players have been playing attractive, fast, full 90-minute football.

When he took over at the half-way point with 17 matches played Genclerbirligi were in third-last place on only 13 points. In the 14 matches he has been in charge Gencler have amassed 29 points and moved up to ninth place. An amazing turnaround.
By Oz Kanka - May 06, 2016 No comments:

Huge congratulations from all of us at The round ball in Ankara to former Genclerbirligi striker Bruce Djite who is today celebrating with his team mates Adelaide United's first ever Australia A League victory.

I'm not an Adelaide boy, but I'm always glad to see former Gencler players doing well... especially Bruce who clearly took my advice when me and Emin sat down with them a few years ago....

James Troisi, are you listening?