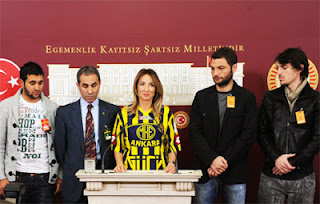 In the last two years Ankaragucu have went from having one of the best squads in the Turkish Super Lig to a club close to going bankrupt. During this period only one person has shown any support to the club and asked the same questions that the fans have been asking. Today member of parliament Aylin Nazliaka asked those questions at the Turkish Parliament. Thanks to John for translating the article below.

Aylin Nazliaka made her mark at the Sport Ministrys budgetary meetings, both asking questions of Sports minister Suat Kilic about Ankaragucu's predicament and calling Melih Gokcek to account for getting angry at Aziz Yildirim and Mahmut Ozgener, and giving the Saray sports grounds to the Turkish sevret services.

Nazliaka has also asked Suat Kilic these questions in parliment :

Again thank you to this remarkable woman who is doing all she can to help the club. It is obvious for everyone to see Ankaragucu has been the victim of corruption and criminal activity and Melih Gokcek has many questions to answer.

I would also like to thank the Rangers fans who have recently went through the same troubles as Ankaragucu, they have left their comments to show us support from the FollowFollow messageboard. 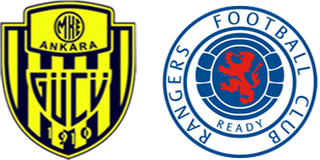