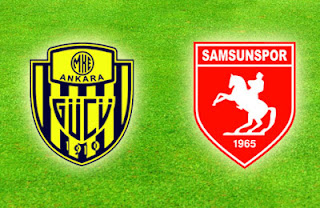 Ankaragucu take on Samsunspor at home on Saturday afternoon as the club look for that great escape in the battle against relegation. Mustafa Kaplan will take his young players to the field at the 19 Mayis stadium for the first time and will be hoping the fans will be there in their numbers to back them.

There has been a lot of talk this week of all the off field problems at Ankaragucu, only today Abdullah Karaata said that the club should look to appoint Ahmet Gokcek as president as there is no other way to save the club.

Mustafa Bey will put off field problems to the side for the visit of Samsunspor, the black sea club are also in a relegation battle and 7  points ahead of Ankaragucu. They have drawn 6 of their last 8 games though and like every other club who has come to Ankara will be tough opposition.

Last season both sides met four times, Ankaragucu winning one, Samsunspor wining one and the other two games ending in a draw. Unfortunately both teams were relegated to the Turkish First division and have found it difficult due to financial problems and loosing so many first team players.

Ankaragucu drew 1-1 at rivals Goztepe last week and were fortunate to escape with the point, it was thanks to a fantastic performance from Bayram who was instrumental in taking a point back to Ankara. Mert Erdogan is back from injury but there are injury concerns to Kaan Kanak, Mehmet Tasci and Serkan Sirin. .

The game will be a 2pm kick off Turkish time so make sure you are there to follow on the team, remember real fans follow the team through the dark times and don't follow the money.
By Nady - November 22, 2012