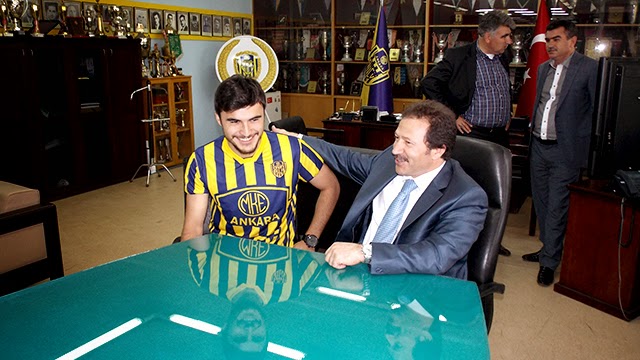 Unfortunately we don't have any good news, instead same of the usual players leaving, financial woes, Cemal Aydin and the Gokeks blaming each other, the list goes on. Serkan Sirin became the latest Ankaragucu to leave the club after agreeing a move to Boluspor.

The winger never established himself as a regular, instead he was in and out the team due to inconsistency and injury. Technically Serkan is an excellent player, but he frustrated so many times with his final ball and work rate. We would like to wish Serkan all the best in his career with Boluspor.

The Ankaragucu management are still trying to put a plan together to raise much needed cash before the 4th August congress. Just this week it was announced that Ankaragucu will start the season on minus 6 points or face relegation to the amateur leagues if they don't pay unpaid wages to former players Robert Vittek and Jarioslaw Cerny.