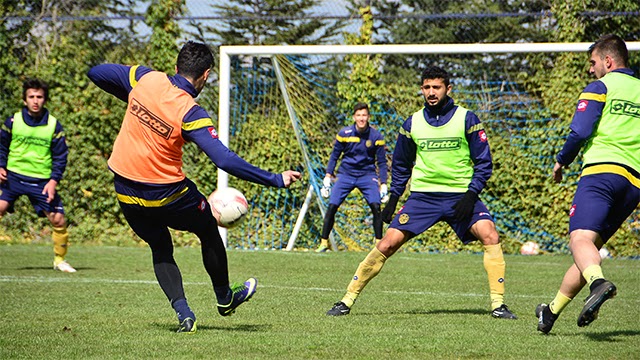 There were more bad news off field this week when Mustafa Akan who is a friend of Melih Gokcek and Mehmet Yiginer claimed he is taking the club to court due to 17 Million Lira he claims he is owed by the club. The club is also been pursued for 500k by a sausage company and it looks like we are in for another troubled summer.

The worrying thing for me is that Mustafa Akan is involved with Melih and Mehmet and that no one knew anything about this money he is owed. To me it looks like Ankaragucu are being exploited again.

Onto some good news, and Muhammed Gonulacar, Metin Aydin, Hasan Ayaroglu and Turgut Kirveli were all called up to the Turkish U19 squad this week. Credit must go to the Ankaragucu youth coaches who have a fantastic record of bringing through talented young players.

Tomorrows match is at home with a 1430 kick off at the 19 Mayis Stadium for the visit of Gumushanespor who lie one place below Ankaragucu in the table. The visitors have a very similar record to Ankaragucu with too many draws which have hampered their playoff hopes. They will be however coming to the Capital looking to take the 3 points back home.

Ankaragucu lost 2-1 last weekend at Goztepe and will have been disappointed to have come away empty handed having missed a couple of easy chances to kill the game off before Goztepe scored. Teoman needs to start finding consistency and improve on his finishing if he wants to keep his place in the team. Young Emir Ozbey is looking for his chance in the team and has an excellent scoring record at youth level.

Not the most exciting of matches that the club has been involved in but its important to take the 3 points and start preparing for next season. However i don't hold out much hope with the growing financial problems off field set to take centre stage again.
By Nady - April 11, 2015