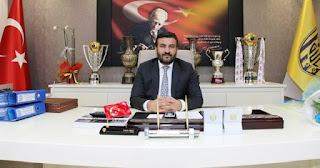 The long wait is over as Fatih Mert announced today that after months of hard work the club have finally removed the transfer ban. Firstly a big congratulations to Fatih and the rest of his management team for all their hard work and dedication to the club which hopefully will see the good times return and give the team what they need to avoid relegation.

Earlier in the week Ankaragücü announced former Osmanlispor coach Mustafa Resit Akcay will be taking over from Mustafa Kaplan as the clubs new manger which saw some mixed reviews from the Ankaragücü support. He did however lead Osmanlispor to the Europa League and is a well respected coach.

We are still awaiting confirmation of the clubs new signings with 11 already agreeing Contracts’s with the club and possibly more to come. As soon as they announced we will have all the latest news here.

On their way out of the club is Tito Canteros, Wilfred Moke and Aydin Karabulut who have all been told to find new clubs.
By Nady - January 30, 2020