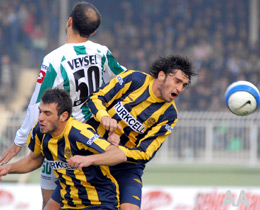 The long await for the Super Lig campaign is almost over as Ankaragucu host Konyaspor at Eryaman on Monday night. Just over 10,000 tickets have been sold already with it looking like we are heading for close to a sell out. Konyaspor have almost sold their allocation of tickets too with the return of away fans at Turkish football matches.

Ankaragucu couldn't have picked a tougher start to the season with Konyaspor already looking impressive in their opening 2 European games against Bate Borisov. They are back in action tonight against Vaduz which will give the players another 90 minutes under their belt.

The match fitness of the two sides will be a factor on this match, but Konyaspor also have a lot of quality in attack. I watched both of their matches with Bate and the likes of Robert Muric, Zymer Bytyqi, Ahmar Rahmanovic, and Amer Hadziahmetovic all impressing along with former Ankaragucu duo Konrad Mikhalik and Endri Cekici. The have a lot of speed in their side and technical ability and under Ilhan Palut play good football.

Muric and Bytqqi in particular like to get into the box when they are on the attack and both Oguz and Marlon will have to have a big night if Ankaragucu are to take anything from the game.

Ankaragucu won 3-0 last week in the TSYD Cup against Genclerbirligi but will need a big improvement in performance and effort for Monday nights game. Mustafa Dalci has a big decision to make who plays in Goal and who will play at centre back.

It will be a choice between Bahadir and Nurullah for the place in Goal, while Sinan, Atakan and Nihad will all be available for those 2 centre back positions.

In midfield Lamine Diack should take the defensive midfield role after impressing last week but it wouldnt surprise me if Dalci decided to go with Abdullah. Pedrinho and Zahid should play in those more creative midfield positions and will both be key players.

Beridze and Tasos will likely play on the wings while Jese continues to improve on his fitness levels and we hopefully will see Federico Macheda play in the striker role as he looked a lot more impressive than Ali Sowe.

Konyaspor finished 3rd last season but have only lost 1 key player in Abdulkerim who signed for Galatasaray in a £2.5 million deal. Of course they also sadly lost their captain Ahmet Calik who died in a car crash mid way through last season. Its great credit to them that they have managed to still move from strength to strength and look like their team will be even stronger this season with the signings of the likes of Robert Muric and Muhammet Demir.

The last time the two sides met 2 years ago they drew 1-1 in Konya with Badji the goalscorer. And prior to that it was a 4-3 win in Ankara the same season with Saba, Borven, Paintsil and Emre Gural all on the score sheet.

Its a big task for Ankaragucu but with the home support behind them and if the team keep their shape and cut of the space for Konyaspor we can take something from the game. Its vital that Ankaragucu dont allow Konya to get in behind and allow them to use their pace. For that reason i hope we see new signing Nihad make his debut as he is very quick.

Im going for a 1-1 draw which is optimistic but its the start of the season and hopefully we can have a positive outcome.