A couple of weeks ago Flying Dutchman Kanka Carlo was stuck in the moral morass of whether he should actually talk to any Ankaraspor players when he spotted their bus in Belek, Antalya. He eventually got around it when he met Mr. Lentil, a Dutchman.

With Flying Dutchman having paved the way I thought it would be okay for me too to meet a player from a team that we all love to hate.

So when Darts Man Emin offered to set up a meeting for us to meet Australian international Harry Kewell, I really couldn't say no. So half of the Aussies in Ankara turned out... Patrick and Maighdlin, Aussie Visa go-to man Steven and his daughter Lucy, Emin and his Aussie brother Ergun and the head of the protokol section of 19 Mayis - Cetin - who organised the whole thing, oh and me. 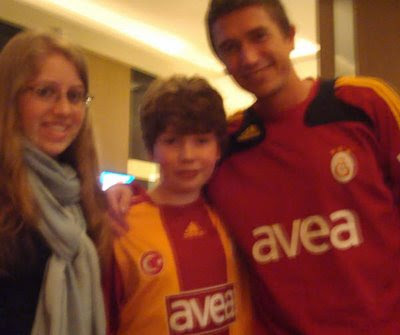 Off to the Crown Plaza hotel, where the Galatasaray players are staying before their match Friday night against Hacetepe, where we walked passed a number of riot police and found Cetin.

Into the bar and time for a beer as we waited for Kewell to show up. Time for another beer and then another as Kewell had only just got in from training and was eating dinner upstairs.

Waiting, waiting, waiting but the man finally showed - he obviously eats his dinner a lot more slowly than Hasan Sas who was chatting with friends in the lobby bar for ages before Kewell showed up.

Awkward introductions followed and a few photos to send back to Australia and then who walks in on our little group, Aussie Bruce! Now I was feeling better, especially as Aussie Bruce remembered our last meeting.

Then it was on for the chit chat. I asked a few questions and the gist of it all is that Harry is really enjoying his time in Turkey, and in Istanbul. 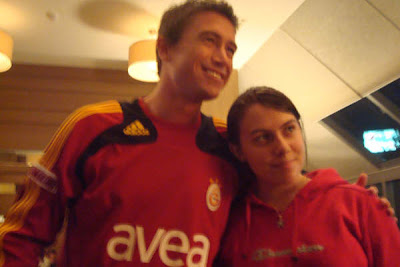 Lucy and Harry.
"I just like getting to play, running around," Kewell said when asked if any one moment stood out for him this season.

He said it had been a difficult season for Galatasaray with many ups and downs and that he didn't really see any chance for the team to win the league.

As for who he would bet on to win the league.

"Sivas will get it. I reckon we will beat Besiktas and that will make it easy for Sivas to get it," Kewell said, much to the delight of us Anadolu takim supporters.

His wife and kids are living in the UK but this is an advantage according to Kewell.

"It means I can concentrate fully on football," he said, an answer which all the married men around the table understood only too well. 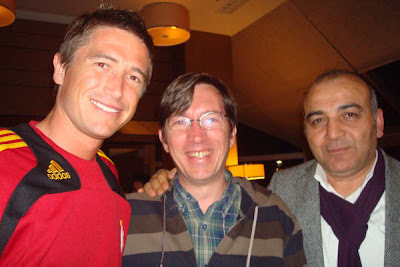 So what does he hate about Turkey... well traffic obviously, but he also spoke about the major difference between playing here and in the UK.

"I can't just go down the street here. The worst invention was putting cameras into mobile phones. In England people sort of leave you alone," Kewell said, as a 10 year-old-kid hovered nearby seeking an autograph.

Patrick then asked "What's it like being Australia's best footballer?" A nervous laugh from Kewell before he answered in what can only be considered a very modest response.

"It is an honour that some people may think like that. I just try to do my best."

As for Australia's chances to get into the World Cup: "We just need one point from three games, two at home, one away. We've got it."

All up an enjoyable evening. Kewell came across as someone extremely relaxed and very happy to be playing in Turkey. I wish him well for the future (except for when he plays against Genclerbirligi). 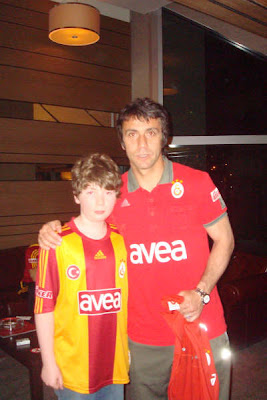