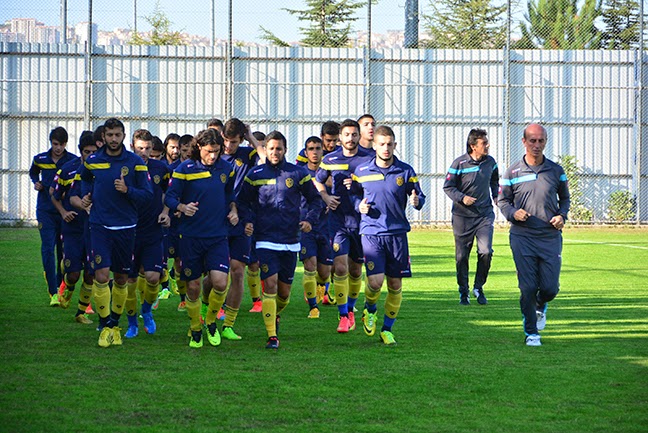 Ankaragucu are back at home on Sunday night as they face Polatli Bugsasspor in the local derby with both teams looking for the 3 points to get their promotion challenges back on track. Ankaragucu were dealt a huge blow midweek with a disappointing defeat at Bandirmaspor, while Polatli won 2-0 at home to Pazarspor.

Although no games in this league are easy games for Ankaragucu, most of the difficult games have been played except Goztepe, Diyarbakir BB and Nazilli. The next couple of months see Ankaragucu face most of the teams at the bottom half of the table. That said, the way Ankaragucu are playing at the moment its difficult to see where the next win is going to come from.

The team will be without Gurkan Alver, Mehmet Erdem, Selim Teber and Cihan Bal who are all out injured. Its likely that Aytac Oden or Mehmet Tasci will fill in at centre half with Orhan Evci or Onur Atasayer coming in at full back.

Hasan Ayaroglu could start his first game of the season with Mehmet Erdem injured, and its an opportunity that the youngster will want to grab. Hasan has so much potential but due to inconsistency and injuries he has so far failed to life up to his expectation.

Levent Kale has yet to score a goal and will be looking to end his drought to give him some confidence to go on a scoring spree as he did last season. Polatli themselves will be looking to take the 3 points from the game and are certainly capable of doing just that.

Last season when the two sides met, Ankaragucu won 1-0 at Polatli and 3-0 at the 19 Mayis stadium in Ankara. Ankaragucu have lost a lot of players since those games and will have to be at their best if they want to win this one.

Mustafa Kaplan spoke after the Bandirmaspor match saying he felt the team were unlucky with the two injuries and the missed Umut Nayir chance. He said he is confident this team can win promotion and will get the 3 points against Polatli.

Lets hope he is correct. The game will be taking place at 7pm Turkish time on Sunday. The Kankas are meeting 5pm at the Chopin bar. Enjoy
By Nady - October 10, 2014