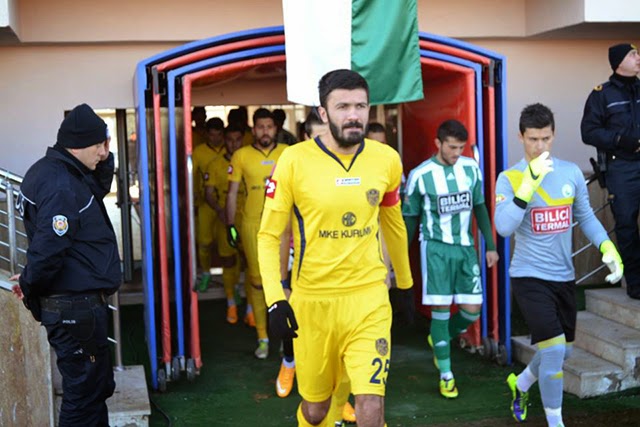 Ankaragucu will look to make it 3 wins in a row on Monday in a tough encounter with playoff hopefuls Hatayspor. New coach Aykan Atik has lifted the spirits of the players and has picked up some impressive wins in recent weeks as well as an impressive performance against Super Lig side Istanbul Basaksehir.

Mehmet Yiginer has stated this week that his aim is to get the club back in the Super Lig and lift the transfer ban before the season finishes. It remains to be seen weather he can actually deliver a promise or if its another one of his famous riddles. I think Harun will say its more likely to be the later.

With Umut Nayir leaving the club, Teoman Erkan has come into the side to lead the line up front. So far he has been unable to find the net although his work rate cant be faulted. It would be nice to see him open his account for the season and start finding the net. The same can be said for Levent who has added responsibility. Youngsters Hasan Kaya and Ali Sinan have made a claim for their place in the starting line up after both scoring in the midweek cup match at Sivas.

The last time both sides met it was a boring 0-0 draw at the 19 Mayis Stadium in Ankara. The home side sit 4th in the League and former Ankaragucu midfielder Semavi Ozgur now plies his trade at the club.

The Ankaragucu fans are looking to organise filling the 19 Mayis Stadium for the Altay match in 2 weeks with over 20,000 fans. Mehmet Yiginer has reduced ticket prices in line with last season so there is no excuse for anyone to miss out unless they are ill or out of the country.

Can Ankaragucu make a late dash for the playoffs? Its doubtful but our main goal this season is to stay in this league and then we can rebuild the squad next season and push for promotion.
By Nady - February 06, 2015