Mass exodus at Ankaragucu as 13 shown the door! 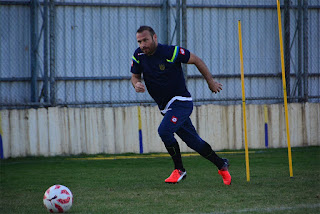 Ankaragucu are set to have a full new team next season after 13 more players told their contracts won't be renewed today. As mentioned earlier amongst the names are Cenk Kaplan, Serkan Balci and Erhan Senturk much to the surprise of the Ankaragucu fans.

There have been reports amongst the fans that İsmail Kartal is making huge changes and that it's more like a military camp than football camp he is running. He has apparently told the players no laughing and joking and has a strict regime they must follow. It remains to be seen if this is a positive move or if it will end in disaster like his previous spells with Gaziantepspor and Fenerbahce.

The 13 players released by the club are as follows:

We would like to wish all the players the best of luck in their futures and thank them for all their efforts.
By Nady - July 15, 2017