Ankaragucu saved by the vote! 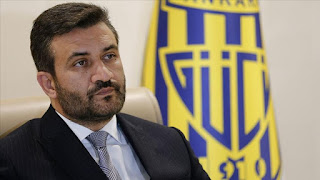 Ankaragucu were thrown a lifeline yesterday after the TFF announced that there will be no relegation and the league will be extended to 21 teams for the 2020/21 season and 20 teams in the 21/22 season. There had been talk for months that no relegation would take place, but it was confirmed after 13 of the Super Lig clubs had voted on Tuesday against any relegation.

That means Ankaragucu, Kaysrispor and Yeni Malatyaspor will remain in the Turkish Super Lig while Hatayspor and Erzerumspor will join them after winning promotion. The winners of the playoff final from Adana Demirspor vs Fatih Karagumruk will also go up.

The Turkish Super Lig is in a bad way financially at the moment, and things are going to get worse when you take into consideration the implications of Covid-19. The sensible decision was to save the 3 clubs from relegation and protect the teams from joining a host of other former Super Lig clubs who face bankruptcy.

Fans of other clubs have criticised the decision stating that 21 teams is too much and no thought has went into the process. Ankaragucu fans however wont care, as they will be watching Super Lig football again next season.