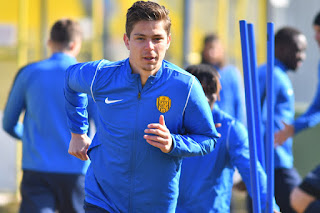 Two wins in a row have given Ankaragucu the lifeline they needed in their bid to stay in the Turkish Super Lig. The fact that they came against Galatasaray and Fatih Karagumruk is even more impressive. Hikmet Karaman celebrated his birthday earlier in the week and 3 points against Goztepe would be the perfect gift.

Ankaragucu still have a lot of work to do if they are to stay up but the encouraging signs are the team looks organised and you can sense a real togetherness since Hikmet Karaman has come in. Wins bring confidence and you can see some of the players thriving.

Alper Potuk and Torgeir Borven are the two in particular who have benefited most under the guidence of Karaman. When Ankaragucu signed Alper he was the marquee signing with big things expected of the former Fenerbahce and Turkish International. No one has ever doubted his talent, but his fitness levels and attitude certainly could be questioned. Giving him the captains armband was also a big mistake.

It looked like Alper had no future with the club due to disciplinary problems. But you have to give the 29 year old credit for the way he has bounced back. His performances over the last two games have been very impressive and exactly why Ankaragucu wanted to sign him. His quality on the ball, skill and the way he can link midfield and attack is key to Ankaragucu staying up.

Big things were also expected from Borven when he signed. He had a great scoring record in the Norwegian league and looked like a major coup for the club. Fuat Capa and Mustafa Dalci however played him sparingly and never gave him a run of games despite having the best goals and assists per minutes played in the squad.

Under Hikmet Karaman, Borven has been more than just a penalty box scorer. His work rate is impressive as he covers the full length of the pitch and has alternated between multiple different positions on the pitch. He also looks like he is enjoying his football.

Goztepe are this weeks opponents and another in which Ankaragucu will be confident that they can take points from. The visitors however will be tough opposition and find themselves in 9th position.

Halil Akbunar and Cherif Ndiaye are the two players i see as the dangermen for Goztepe. Ive always been a big fan of Akbunar and his creativity, while Ndiaye in the short time ive saw him looks a handful up front.

They are on a great run of form at the moment and are on a 5 game unbeaten run including wins against Fenerbahce, Basaksehir and Erzurumspor which see them as one of the form teams in the Super Lig and also fighting for a European place.

Early team news see Ankaragucu have a full squad to chose from with the likes of Atakan, Badji and Pinto all back in training and available for selection.

We expect Karaman to go with the same team that has been successful over the last 2 games and hope they can make it 3 in a row.