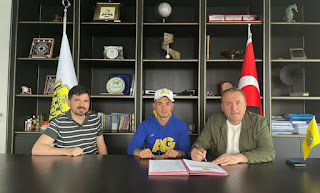 Ankaragucu continue to make preparations for the Super Lig with new additions to the squad and continue talks with other targets.

The club added Adanaspor winger Firatcan Uzum to the squad last week signing a 2+1 year contract. The 23 year old can play on either wing and played 29 games scoring 2 goals and adding 2 assists last season in Lig 1.

Mervan Yigit is also set to sign for the club for a reported £50,000 from Kocaelispor. The 20 year old striker scored 9 goals in 30 games for Kocaeli last season and scored against Ankaragucu last season in the cup.

Ankaragucu are also reported to be in talks with Stephen Bahoken from Angers who is available on a free transfer. The 30 year old striker and former Chelsea striker Diego Costa have been linked with a move over the last couple of days.