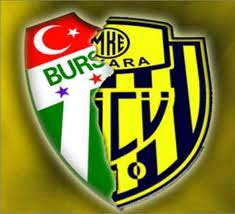 Not good news im afraid fellow Kankas, just when we think things cant get any worse, then this.

Ankaragucu welcome our brothers from Bursa on Thursday night to the 19 Mayis stadium in the Turkish Super Lig Fixture.
Sami Altinyuva today confirmed Ugur Ucar has left the club after he decided to terminate his contract due to unpaid wages. Ugur along with Ozgur Cek and Tonia Tisdell went to the Turkish FA and have won the right to terminate there contracts.

Ozgur will play the next two matches before leaving the club unless they can come up with the money. Altinyuva said he is hoping to keep Tonia and the player wants to stay. Tonia has fractured a bone in his foot and will be out injured for the next three months.

Ankaragucu go into the game, having found a bit of form of late, the last two results a 3-2 loss at Eskisehirspor and 4-2 defeat at Fenerbahce have given the players and fans a little heart in the relegation battle. If Ankaragucu can take our chances and tighten up in defence then a victory over our brothers from Bursa is possible.

Bursaspor have only won one of there last eight games, and lost 1-0 at home to Eskisehirspor at the weekend. Manager Ertugal Saglaam is under pressure as the team struggle without the likes of Volkan Sen and Sercan Yildirm. Former Ankaragucu players Adem Kocak and Stanislav Sestak will be in the squad and hoping for a happy return to Ankara.

Sestak and Kocak were two of Ankaragucu's most important players, Kocak protected the defence and kept hold of the ball in midfield. Sestak was top scorer for Ankaragucu. Both players have yet to find there top form at Bursa, and the Ankaragucu Tribunes will be hoping it stays that way on Thursday.

Last season, Bursaspor won 5-1 in Ankara, after Sestak gave Ankaragucu an early lead. Bursa scored with nearly every attack as the Ankaragucu defence failed to cope with the speed of Sercan and Volkan Sen. Ibrahim Ozturk and Omer Erdogan caused a lot of problems from set pieces as well. The return game in Bursa was a 0-0 draw, a fair results for both sides and one which both sets of fans were happy with.

You can see more on the Bursankara relationship here http://www.pitchero.com/clubs/ankaragucu/news/ankaragucu-and-bursaspor-broth-442945.html

Bursaspor have some good players who should be performing to a higher standard. Ozan Ipek, Turgay Bahadir, Ibrahim Bangoura and Prince Tagoe have all yet to reach there best form. Young French Under 21 International Alfred N'Dyie has come in and looked a very good young player. Strong and athletic in the middle of the park and a player who will give captain Hurriyet a tough game.

Both teams need the points, but Ankaragucu cant afford to fall further behind other teams in the relegation battle. A win against Bursaspor followed by a tough game at relegation rivals Antalyaspor on Sunday makes this a huge week for Ankaragucu.

Hopefully the team can put problems off the field to one side and take the three points. Bastir Ankaragucu !
By Nady - December 06, 2011