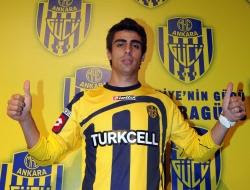 The final match of the first half of Season 2011/12 games are upon us and we take a look at Kayserispor vs Ankaragucu.

Ankaragucu go into the game knowing they need to take the three points as they fight for survival. Saturdays match against Gaziantepspor should have seen Ankaragucu take three points, but there finishing let them down and instead had to settle for a sole point.

Kayserispor have hit a bit of form of late after a poor start to the season. Manager Shota Arveladze has a young squad of players and will be hoping to bounce back from there 1-0 defeat at Eskisehirspor.

The key players for Kayseri are Gokhan Unal who is the clubs leading scorer with 6 goals and Nordim Amrabat who has arguably been the best player in the Turkish Super Lig this season. The playmaker is a target of Galatasaray who hope to sign him in January.

Last season the sides drew 1-1 in Ankara, Serdar Kesimel gave the visitors the lead, but Mehmet Cakir gave Ankaragucu a share of the points with a second half goal. In the return game Kayseri won 2-1, Murat Duruer gave Ankaragucu the lead but two late goals from Ermin Kujovic and Marcelo Zalayeta won the game for Kayseri.

Ankaragucu key players will be Hurriyet Gucer , Serdar Ozkan and Turgut Dogan Sahin who is also a target for Galatasaray. Ankaragucu are capable of the win but can they finish there chances?
By Nady - December 20, 2011