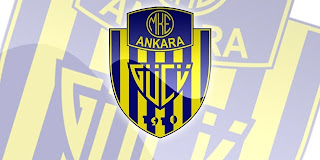 Ankaragucu will start the 2013/14 campaign at home against Gungorenspor on the 8th of September. The match will be played behind closed doors as Ankaragucu have 4 games left of the current stadium ban. The second home game is against Diyarbakir Buyuksehir Belediyespor. The first away game of the season is in Istanbul where Ankaragucu will take on Eyupspor.

The much anticipated clash with Altay doesn't take place until the 15th of December in Izmir. For a full list of the fixtures click on the link below.

I will be checking flights tonight to see what date i will be returning. But it will be likely between February-April. Looking forward to the season which will be known as Dirilis !