... and Genclerbirligi go down 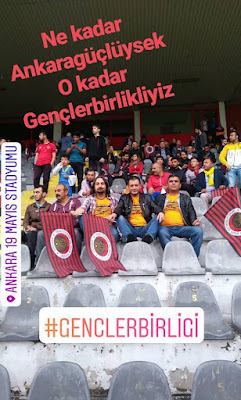 It was a very sad and very angry day for Gencler fans and players alike. Normally there would have been some pride in Sunday's loss, Gencler played with a lot of spirit, but in the end there was just a feeling that everything was falling apart. There still is a mathematical chance of staying up, we need to win our last two matches and Konya and Osmanli have to lose both of theirs ... but that is just wishful thinking.

A wet Sunday but it was Gencler's biggest crowd of the season thanks to hundreds of Ankaragucu supporters at the stadium, including our own Maniac Kanka Harun, who came to support us. well done all.

With the Fenerbahce - Bursa match on at the same time, we (Sir Eski, Flying Dutchman, Little Oz and me) watched the match at the only pub in Ankara to be showing an actual match being played in Ankara - the Alerta.

Right from the get go this was a psyched-up Gencler team. Just 90 seconds in and we almost had a fight on our hands after Ugur Ciftci smashed a ball into an Antalya player. theses guys were going for it.

At the traditional six minutes in the Ankaragucu fans start singing their Ankaragucu chants but for the rest of the match they were firmly behind Gencler.

We dominated possession but just couldn't get many shots on goal. We should have had more but for some woeful crossing by both Zeki from the right and Aydin on the left.

It was nil-nil at half time and I was still confident that we could get it. But as the minutes passed by the tension rose and when Antalya went ahead in the 78th things were desperate.

The boys out there kept fighting but some simple mistakes cost us chances. With just two minutes left of normal time Pogba walked off hobbling and took off his shirt. Ahmet Oguz went off to remonstrate with him and the two had to be separated by security.

What the fuck was going on? Your team is behind, relegation beckons, three substitutes have already been used and you decide to simply walk off the field. In my opinion, Pogba, not of the best of footballers anyway, deserves to be sacked for that simple act alone. For the next few minutes of normal time and six minutes of extra time, Genclerbirligi were down to 10 men.

The thing is, it wasn't yesterday's performance that let us down, it was the crap served up to us throughout the season. Where to look first... look at the great players we let go, Irfan Kahveci, Ahmet Calik, Serdar Guler. With the exception of Sessignon who came midway through the season, we brought in some very average stuff. Look at the way Umit Ozat didn't have a clue who his starting 11 should be. How many matches this season did he make an unnecessary change just 20 minutes in? Look at club chairman Murat Cavcav who clearly learnt nothing from the 30-plus years that his father was in charge. What sort of a chairman makes the decision to sack a coach after five matches and then re-hire that same coach not that long later? 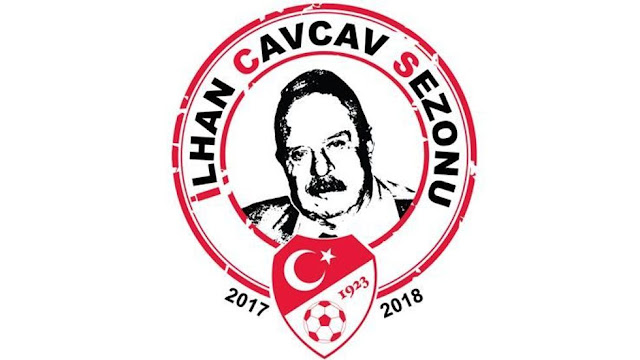