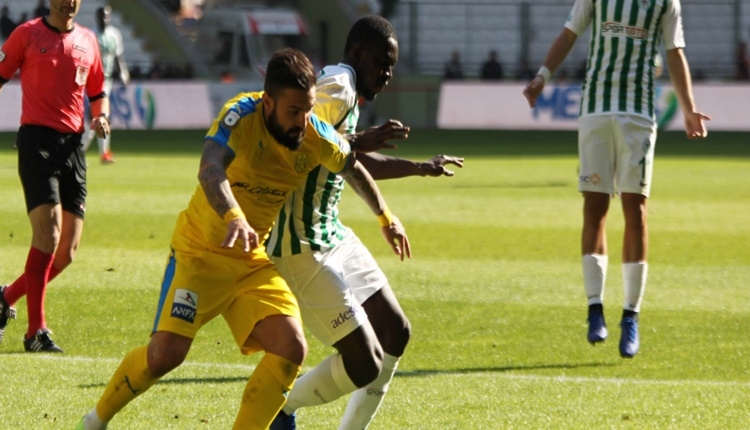 Ankaragücü were brought back down to earth today after a poor performance and 2-0 defeat at Konyaspor. An own goal from Ricardo Faty and a strike from Moryke Fofana gave Konyaspor the deserved 3 points as Ankaragucu only turned up in the second half.

Kubilay failed a late fitness test as he hasn’t fully recovered from the knock he picked up last week against Kayserispor which meant a start for Anton Putsila. We can’t only blame Putsila but that’s both games he has started the team has failed to score and Kubilay was a big loss.

It was Konyaspor who started the brighter and almost took the lead early on. Kenan tried to be too clever in his own half and was dispossessed, the ball found its was to Adis Jahovic who saw his 30 yard effort come back off the bar.

Konyaspor had another couple of chances in the first 20 minutes through Milosevic and Yatabare but neither could finish their chance.

Adis Jahovic was at the centre of all Konyaspor moves and twice set up Mustapha Yatabare who blasted well over on both occasions. Just before half time Konyaspor had another couple of chances. Firstly a great team move ended up with a brilliant last ditch challenge from a Erdem who cleared a clear goal. Then on the stroke of half time Yatabare brilliantly set up Milosevic who somehow shot over the bar from 5 yards.

Ankaragücü were lucky to head into half time level but came out for the second half much brighter. El Kabir should have had a penalty a minute into the second half but the referee didn’t even consult with VAR. Just as El Kabir went to shoot, Diagne kicker him on the back of the leg and made no contact with the ball, a disgraceful decision by the referee.

A couple of minutes later nice play from Bifouma to set up El Kabir in the box, but the Moroccan blasted his shot over the bar.

It was all Ankaragücü at this point and El Kabir set up Kenan who shot from distance but his shot was easily saved by Serkan. A minute later and it was Konyaspor who had the next chance. Jahovic was played through on goal but tried to be to fancy and back heeled the ball instead of shooting when he had a clear chance.

Then came the opening goal, a corner into the box from Konyaspor was headed into his own goal from Ricardo Faty to give Konya the lead.

Both teams had half chances before the 2nd goal went in with El Kabir and Fofana both seeing their efforts go over the bar. The 2nd goal came when Milosevic broke though on goal unchallenged and played a beautiful pass in for Fofana who calmly slotted the ball past Korcan to make it 2-0.

Ankaragücü had a chance straight away to pull one back but Cerci shot straight at Serkan when through on goal.

Konyaspor 2-0 winners and deserved the 3 points although Ankaragücü will be disappointed with the decision not to be awarded a penalty at 0-0. Next up for Ankaragücü is a home match with Besiktas after the international break!
By Nady - November 10, 2018