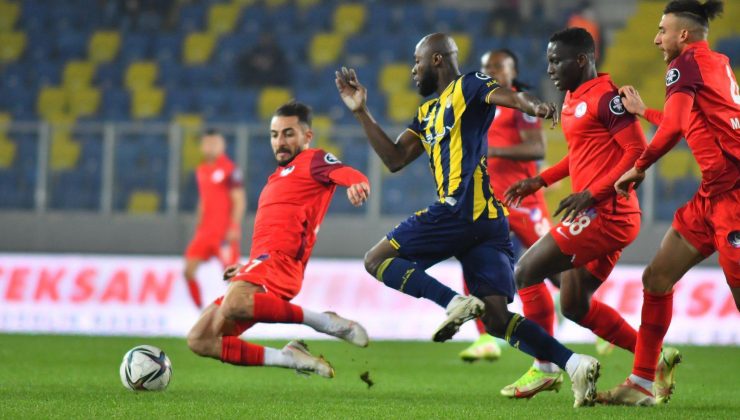 Ankaragücü got the job done as they took all 3 points against a spirited Keciorengucu side who will be disappointed to have walked away empty handed.

It was a disastrous start for Ankaragücü when Keciorengucu took the lead after only 3 minutes. A rare mistake by Yusuf allowed Eze in on goal and the big Nigerian striker struck the ball with the outside of his foot into the top corner.

It took 40 minutes for the next chance of the game and again it was that man Eze but this time Akin made a great save from the shot from distance.

A few minutes later Ankaragücü were level. A good ball into the box from Erdem was met by Sinan who just managed to get his leg on the end of the ball which went into the back of the net to make it 1-1.

A couple of minutes into the 2nd half and Eren almost put Ankaragücü in the lead but for a good save by Gungor. From the resulting corner Eze almost scored an own goal but the ball was cleared off the line.

Ankaragücü took the lead on the 62nd minute after excellent play from Owusu who outpaced his man down the left hand side before crossing the ball for Eren, and the big Swiss striker made no mistake as he placed the ball past Gungor to make it 2-1.

Owusu should have finished the game off in the 87th minute as he was put through on goal but he shot straight at Gungor.

Ankaragücü held on for the 3 points and go into the winter break in 2nd just behind leaders Umraniyespor. Erzerumspor are in 3rd on the same amount of points and it will be important that Faruk Koca is able to lift the transfer ban and secure one of these automatic promotion spots.

Although Ankaragücü won it was another lacklustre performance and yet again Mustafa Dalci showed he is only there to play Emre Yildiz players. None of the talented youngsters got any minutes but we again saw opportunities for the likes of Abdullah, Sahverdi and Aatif who have showed nothing in their Ankaragücü careers.

Next up is the trip to Sivas in the Turkish Cup 5th round on Thursday. Ankaragücü will need a big performance if they are to take anything from the Super Lig side.